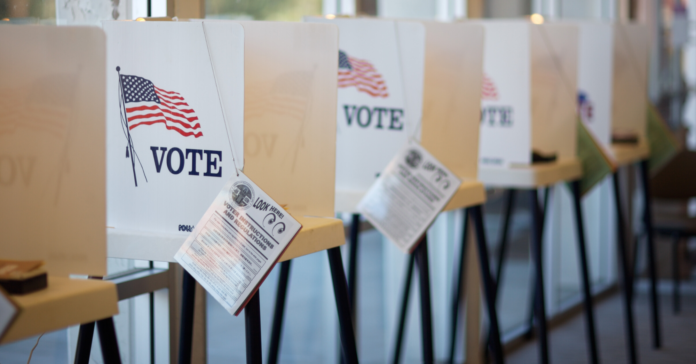 About, 15,000 people voted by mail with the rest voting in person. On Nov. 1, the last day of early voting, 34,000 people showed up to cast their ballot in Harris County. The turnout represents about 6.5 percent of Harris County’s more than 2.3 million registered voters.

This year’s turnout is significantly less than in 2015 — the last time  Houston’s mayor was on the ballot — when 9.4 percent of the Houston electorate came out to vote. However, slightly more people came out this year than in 2013, when only 5.6 percent of the city’s voters went to the polls.

Because this is an off-year election, turnout is expected to be lower. In 2018, 1.2 million people of Harris County’s voters cast ballots. This year, about 54 percent of people who cast a ballot had previously voted in a Democratic primary.

Another 34 percent of the voters had voted in a Republican primary. About 55 percent of early voters were white and 28 percent were black.

The racial dynamics could mean that the Houston mayoral race goes to a runoff. Although the main draw on the Houston ballot was the mayoral election, it wasn’t the only dance on the card.

Also on the ballot were 16 city council races, the city controller’s race, and various city council, and independent school district trustee elections around the county.

Additionally, some Harris County voters will cast ballots in the special election to replace longtime Texas House Democrat Jessica Farrar, as the representative for Texas House District 148. Farrar stepped down from the Legislature in October.

The race for HD-148 has attracted 15 candidates. The large number of candidates has made a runoff election an almost certainty. In the event of a runoff, Texas early voting will be introduced for the next election.

Voters within Houston Metro’s 14-city and unincorporated Harris County service area will decide whether or not the transportation agency can offer $3.5 billion in bonds. The offer will support Metro’s $7.5 billion long-range transportation plan.

Only 1,939 people voted by mail. Political insiders estimate that 54 percent of people who voted early were Republicans, 23 percent had voted Democrat in the past and another 23 percent identified as Independents.

Fort Bend County has about 430,000 registered voters, according to the Texas Secretary of State’s Office. The race for HD-28 has attracted six candidates — five Republicans and one Democrat. Experts believe that HD-28 will most likely go to a runoff election.

In Dallas, the election that has attracted the attention of the political class is the race for HD-100. The seat became vacant when Eric Johnson resigned to run for mayor of Dallas, a race he ultimately won.

Despite the interest from Texas’ politicos, the turnout in HD-100 has been low. Out of the district’s approximately 87,000 eligible voters, only about 2,500 have cast ballots. Only 423 people voted by mail.