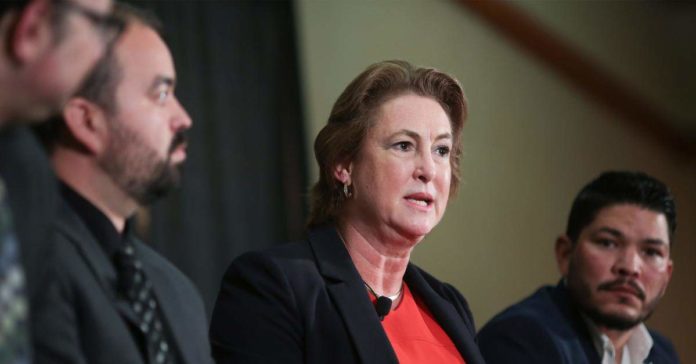 The impacted districts were House District 132 and House District 142, currently represented by state Reps. Gina Calanni, D-Katy, and Harold Dutton, D-Houston, respectively. Dutton’s reelection bid made headlines earlier this year after questions were raised about whether one of the candidates on the ballot in his March primary actually existed. None of the allegations involved the voting process or the casting of illegal ballots.

That candidate, listed as Natasha Ruiz on ballot application paperwork, was absent from the campaign trail but received enough votes in the four-way race that helped force Dutton into a runoff with Houston City Council member Jerry Davis.

Ruiz, who would later identify herself to a news outlet as Natasha Demming, worked with Richard Bonton, the fourth candidate, to file her ballot application under a false name, Ogg said Friday. Bonton’s motive, Ogg said in a news release, appeared to be an attempt to manipulate voters in the district into supporting a Latina candidate and “dilute [Dutton’s] voter base in a district with a growing Latino population.” Demming is Black, as are Bonton and Dutton, who has held the seat since 1985.

“Those indicted today crossed the line from dirty politics to criminal activity and they will pay the price,” Ogg said in a statement.

Meanwhile, Damien Jones, a Democratic political consultant, was also indicted Friday on an allegation of sending an anonymous text threatening Calanni in an effort to get her to resign from office instead of running for reelection, according to the news release. The threat, Ogg said, was sent to Calanni in December 2019 just ahead of the 2020 election filing deadline. Calanni reported the threat to the Texas Rangers, which investigated the complaint with the public corruption division of the Harris County District Attorney’s Office.

Jones, who was indicted for two Class A misdemeanors — coercion of a public servant and false caller identification information display — could face up to a year in Harris County jail and up to a $4,000 fine, if convicted.

Calanni lost her reelection bid in November to Republican Mike Schofield, whom she ousted from the seat in 2018. Dutton, who prevailed in his runoff and will return to the Legislature, told The Texas Tribune on Friday that he was thankful Ogg and her office were “able to get to the bottom of this, because I thought whoever did it, certainly didn’t respect the voters enough.”

After allegations surfaced questioning the legitimacy of Demming’s candidacy in the race, Dutton said he had hired a private investigator to look into the issue. Nearly the entire Harris County Democratic legislative delegation weighed in soon after, asking the county attorney and district attorney to open a criminal investigation.

“Thank God it turned out all right,” Dutton said.