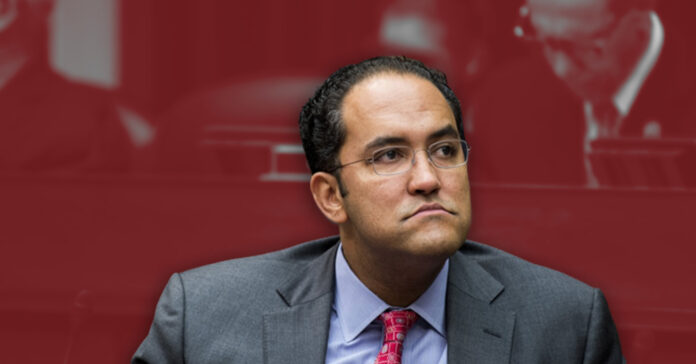 Former San Antonio representative and the only Black Republican in the House, Will Hurd, has a dream of being a normal kind of Republican in the 2024 election. What does that even mean, and will it work in the Age of Trumpism.

Hurd served three terms in the House before declining to run again in 2020. A former CIA operative, he prides himself on being informed accurately, something he claims put him at constant odds with his party while serving. A lavish profile in The Atlantic paints a picture of a man who desperately wants Republicans to drop the culture wars and conspiracy theories in order to actually govern.

Is that what the people want, though? Opinions are very divided. While Hurd claims to represent the middle of the country, he does have the ‘R’ after his name. Republicans remain in an existential tailspin as they decide whether Trumpism is the future of the party or not. In Texas, it’s hard to tell from the recent Republican Primary. While Governor Greg Abbott did handily survive challenges from the more extreme right, he also launched a slew of cruel, hard-right initiatives during the legislative session that cemented him as a conservative hardliner. These included a voter rights and access restriction law based completely on false claims of voter fraud in the 2020 Presidential Election.

So, did Abbott survive because he was more moderate than his opponents, or did he survive because he did enough culture warring to appease his base? That question probably won’t be answered until after the general election when Abbott faces Beto O’Rourke.

How Texas is going to consider a more moderate Republican may be very important in 2024. A presidential ticket with a Texan on it has only failed to win the White House once.  The single failure was in 1988 when Senator Lloyd Bentsen was the vice-presidential nominee with Michael Dukakis, and they were up against Texan George H.W. Bush. It’s possible that had Hillary Clinton picked Joaquin Castro as her running mate rather than Virginian Tim Kaine, she would have won.

There are some signs that Texas does want something more moderate and normal. Every Democratic presidential nominee since Barack Obama has steadily increased their share of the state’s electorate. President Joe Biden gained more percentage of the vote than any Democrat since Jimmy Carter. Texas is now seen as a reddish-purple.

That could bode well for Hurd, but not necessarily. If what the majority of Texans want is something less cruel and mindlessly disinforming than most Republicans, then they already have choices like Biden or possibly Vice President Kamala Harris. It may be hard for Hurd to make the case that he is better than Biden when Biden has mostly cornered the market on being a classic politician. More than that, Biden already has major bipartisan legislation under his belt, a marvel in modern politics.

Hurd is probably right in that Americans are sick of the madness unleashed by Trump’s takeover of the Republican Party. However, that takeover has a fallout that is still poisoning conservatism. The more Hurd tries to bring the party back to functionality, the more he simply looks like a Democrat. That remains something that most Republicans cannot stand.