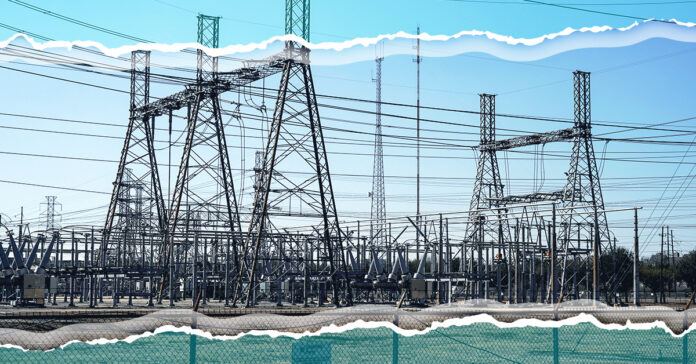 Meetings were held in Austin last week by the Texas Legislature’s Business and Commerce Committee to discuss proposed changes to the state’s electricity market to improve the reliability of the state power grid.

Lawmakers questioned Peter Lake Thursday, the Public Utility Commission (PUC) chair, and other leaders of the PUC and the Electric Reliability Council of Texas (ERCOT) over recent proposals that address the issues with the power grid.

According to KUT 90.5, Austin’s public radio station that covered the meetings, the proposal chosen relies on a feature called a “performance credit mechanism” to incentivize more power generation and make the grid more reliable.

“This is a remarkable milestone for the market, and also for the state of Texas,” Lake said regarding the performance credit mechanism proposed.

“At the most fundamental level, the performance credit mechanism requires, in my mind, anyone who sells power to a household or business in ERCOT to guarantee that they are buying that power from a reliable source,” he continued.

However, energy industry experts say the “credits” piece of the proposal may do little to avoid future blackouts, and energy experts also question whether all the state’s energy issues were accurately analyzed in the lead-up to the submission and selection of the proposal.

The proposed plan would award those credits to power generators that supply electricity to the grid during peak demand hours, when the operating reserves of electricity on the grid are at their lowest, due to extreme weather conditions.

After those times are identified as “high-risk” hours, utilities and electric retailers that consumed power during those hours — would be required to buy the performance credits from the power generators.

But Austin television stations reported that lawmakers and others in attendance were highly critical of the fact that E3 representatives didn’t attend and therefore the lawmakers did not get to ask questions about how they can guarantee that the plan will reliably generate more power.

“This is really hard to wrap your head around. It will be even harder to administer,” said Alison Silverstein, a former state and federal utility regulator who consulted on alternate proposals to improve the Texas grid before the PUC chose E3.

“If I were an investor trying to finance a new power plant, I don’t see how there’s anything in this proposal that would give me a predictable revenue stream I can take to the bank,” she added.

Others were critical of the meeting format, citing that there were no representatives invited, by either the committee or the commission, for advocates of residential consumers, community groups, renewable energy, battery storage, or academia, said Doug Lewin.

Lewin has over 16 years of experience in environmental and climate issues and runs the consulting firm Stoic Energy.

He added that the PUC continues to neglect some of the alternative solutions for the grid and customers in favor of an untested, complicated mechanism that’ll take 3-4 years to implement.

“It’s remarkable to me that they did not run a Uri-like scenario and see how these different (market) structures would hold up,” Lewin told Mose Buchele of KUT 90.5.

“I think it stands to reason that had they put Uri into this, you would have had much higher costs, particularly for the performance credit mechanism,” he continued.

Lake was appointed by Gov. Greg Abbott following the resignation of the previous chairperson, Sally Talberg, who left in the wake of the fallout of the historic and deadly winter storm Uri in February 2021.

After the disaster, multiple proposals arrived at the state’s doorstep as the nation looked on with dismay as Texas sat frozen, dark, and dangerously close to a total power shutdown for days.

In October 2021, E3 Consulting offered the PUC a plan to redesign Texas’ deregulated power market in a 44-page proposal, which was paid for by energy giants NRG and Chicago-based Exelon, according to the Houston Chronicle.

Then, the PUC, while claiming to want an impartial review of all the plans they received, hired E3 to analyze the plans, including its own.

According to Forbes, in 2021 Berkshire Hathaway Energy reportedly offered Texas $8.3 billion to create a company called the Texas Reliability Corporation, which would establish new natural gas generators and gas storage facilities for the state.

In April of this year, Reuters reported that the investment firm Starwood Energy Group made a similar proposal of roughly $8 billion to the PUC. Starwood proposed building new natural gas-fired power plants that could generate a total of 11 gigawatts, enough to help Texas weather our hot summers.

But the PUC ultimately chose the E3’s version, a confusing and controversial plan critics say may not make the state’s largest power grid blackout-proof, which should have been the ultimate goal of the revamp, which has fueled the skepticism by experts about the analysis process, as it appears to be a conflict of interest, among other issues.

Michelle Richmond, executive director of Texas Competitive Power Advocates, told the Dallas Morning News that E3’s plan “does not raise reliability, but it does raise costs.” She added that pressure from rival power companies within the ERCOT system was undoubtedly a factor.

Lake has also said the changes they are planning to implement would reduce the cost of energy in Texas. However, Lewin tweeted that is “demonstrably false” according to E3’s estimates, which said an increase of $460 million would be incurred. He added that if you exclude contributions to the grid from renewable energy sources, the costs would go up from there.

Lewin, Silverstein, and others have advocated for alternate solutions for the state grid, including improved energy efficiency standards.

Lewin, reporting on the meetings for Renewable Energy World, wrote “The PUCT just spent 600,000 taxpayer dollars on a consultant’s report to recommend a new market design. Surely the consultant—California-based E3—modeled the kinds of conditions that devastated Texas less than two years ago, right?”

“Nope. The study “does not include the extreme cold weather event caused by Winter Storm Uri… Such analysis is beyond the scope of this study,” it says on page 35,” he added.

“Climate change is driving higher frequency and intensity of extreme weather…These are massive flaws in the E3 study. Unsurprisingly, they led to a flawed product,” he continued.

Lewin also said that some parts of the proposed solutions could prohibit the development of environmentally friendly renewable power generators, using wind and solar.

He added that the PUC plans to exclude green energy producers from receiving the performance credits.

The state’s bias against clean and affordable energy is clearly illustrated in Senate Bill 13.

The law, which a GOP majority legislature passed in 2021, prohibits Texas state retirement and investment funds, estimated to be worth about $300 billion, from doing business with financial firms that consciously consider any environmental impact in their business decisions, per a September report in the Austin Chronicle.

So, the law states that if any company abstains from investing in fossil fuels for strictly financial reasons, rather than as an ethical or environmental position, they are not banned from working with the State of Texas.

However, if they avoid fossil fuel opportunities for any type of moral reason, they would be deemed ineligible for billions in state funds, such as employees’ and teachers’ pension funds.

And of course, this ruffles the feathers of state government officials beholden to the energy industry, particularly oil and gas, for its tax base.

Texas Comptroller Glenn Hegar is actively identifying companies that he said “boycotted” the fossil fuel industry and that they would be barred from consideration, according to a Financial Times report, including BlackRock and nine European financial groups.

“We know some of these companies hold investments in oil and gas today, but what about the future?” Hegar asked. “Are they selling the hope of a ‘green’ tomorrow with promises to divest or reduce their fossil fuel exposure?”