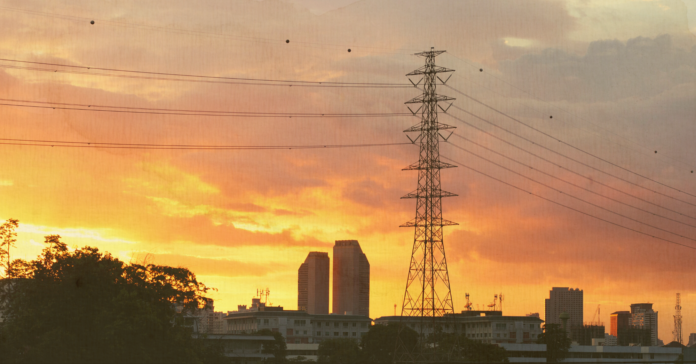 As Texans try to get through summer heat this month, temperatures are predicted to reach near 90 degrees heading into October. While winter is still months away, ongoing concerns about the state’s power grid continue to be on the minds of everyone who was here for the near total loss of power in the icy temperatures of the February of 2021.

Ed Hirs, Energy Fellow at the University of Houston, author and energy consultant, said in an interview that some weatherization has been done. But, Hirs said, the problem is that the Energy Reliability Council of Texas, ERCOT, does not guarantee a return on potential investment that would be required to complete the job, and it will take more time, money and a greater political will than currently exists in Austin.

And because of the failure of state leadership to incentivize companies to maintain some additional generator capacity, the ERCOT system is in frequent peril from unseen weather events, summer and winter. Winter Storm Uri, which struck Texas in February of 2021, “resulted in hundreds of deaths and over $100 billion dollars in economic losses,” Hirs said.

Instability in the ERCOT system has been an ongoing problem for some time. But Former Gov. George W. Bush, who was persuaded by Ken Lay, of Enron infamy, thought that having a free market approach to energy would mean less government oversight and lower costs for Texans.

Further deregulation, it was thought, would allow electricity generating companies to cut their cost by discontinuing the practice of having generator plants fully operational even in typical periods of low demand such as spring and fall.

But, Hirs said, that has not happened. Instead, the result has been that many companies simply scrapped their generating plants altogether, shrinking the available capacity, he added.

Recommendations for how to strengthen the state’s grid are being prepared by Lake and the PUC prior to the next state legislative session in January of 2023. Perhaps not coincidentally, that will be after the upcoming November elections this year, Hirs said.

Hirs also said that if even one of the grid’s electrical nodes had failed, the entire system may have gone down. The result from a long-term, total power outage statewide would devastate the economy both here and across the nation.

A total outage was referred to by a previous ERCOT chief Bill Magness as a “black start,” and the recovery might have taken weeks or months, with devastating results to Texas residents, transportation, businesses, hospitals, and potentially impacting the U.S. national security, according to Hirs.

“How many Berlin airlifts would be required to save 26 million Texans without power for two weeks or two months?” he added. He also said that such an event could have national security implications, as well.

Hirs continued, “and keep in mind that the federally regulated grids had the same weather we did. They recovered quickly. We didn’t.”

According to Forbes, in 2021 Berkshire Hathaway Energy reportedly offered Texas $8.3 billion to create a company called the Texas Reliability Corporation, which would establish new natural gas generators and gas storage facilities for the state.

The Dallas Morning News said of the proposed deal that it would help shore up the grid during emergencies like Uri. Ten proposed plants could have been built to be online by November of 2023.

But that would have required Texas to guarantee payments for additional generation capacity requirements, which included a 9.3% rate of return.

And in April of this year, Reuters reported that the investment firm Starwood Energy Group made a similar proposal of roughly $8 billion to the PUC. Starwood proposed building new natural-gas fired power plants that could generate a total of 11 gigawatts, enough to help Texas weather our hot summers.

And pressure from rival power companies within the ERCOT system was undoubtedly a factor. Michelle Richmond, executive director of Texas Competitive Power Advocates, told the Dallas Morning News that the plan “does not raise reliability, but it does raise costs.” She heads up the trade group for power generators and marketers in Texas.

“There’s currently no incentive in the works to persuade power generators to create a system that can quickly respond to weather emergencies,” he added. With no incentive to protect public interests, private interests see no reason to increase supply when they can make massive profits in times of crisis.

“The Texas economy grew from $1.25 trillion to $1.99 trillion in the period from 2010 to 2021.” Hirs said. “Yet the fleet of reliable natural gas and coal fired generators actually shrank.”

In the end, the state declined to accept either proposal.

There is little question that the state has the resources to restore reliability to the state’s power grid, but it lacks the leadership in Austin to do so.

The legislature is projected to have $27 billion available in the state funds when it reconvenes next year, according to the Texas Comptroller of Public Accounts, Glenn Heger. $13.6 Billion is projected for the state’s “Rainy Day Fund,” which is the nation’s largest economic stabilization fund (ESF).

Peter Lake, chairman of the Public Utility Commission (PUC) was appointed by Gov. Greg Abbott in 2021, following the resignation of the previous chairperson, Sally Talberg, who resigned in the wake of the fallout of historic and deadly winter storm URI.

Lake has struggled to restructure the current Texas energy market, as the commissioners are all political appointees, and this is an election year for Abbott. Like his gubernatorial predecessors since the 1990’s, he has been a proponent of the ERCOT market approach, which replaced the previous method of having state regulators at the PUC set electricity rates.

The Dallas Morning News reported that the PUC has created a new Office of Public Engagement, with Mike Hoke serving as director. And the idea behind that is to help the public communicate their concerns more effectively to the commission.

ERCOT schedules power on an electric grid that connects more than 52,700+ miles of transmission lines and 1,030+ generation units, including Private Use Networks.

It is a membership-based 501(c)(4) nonprofit corporation, governed by a board of directors and subject to oversight by the Public Utility Commission of Texas and the Texas Legislature.