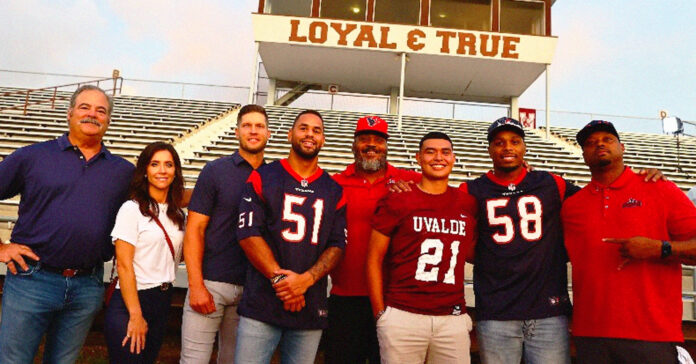 In an act of solidarity for the Uvalde community, the Houston Texans revealed a new uniform, inspired by the Uvalde High School football team.

“It’s an honor to be here with you all,” said LB Kirksey as he addressed the Uvalde team. “We know you’re going to have a great season and we’re with you every step of the way.”

The new outfits were announced by some of the Texans players, besides wearing the new uniforms the team will be wearing a “Uvalde Strong” decal on their helmets when they play against the Indianapolis Colts on Sept. 11.

According to their official website, the team donated $400,000 to the Robb School Memorial Fund. Texans players led the donation effort, coming together to give $200,000. In support of the players’ and football operations staff’s generosity, the organization matched their gift.