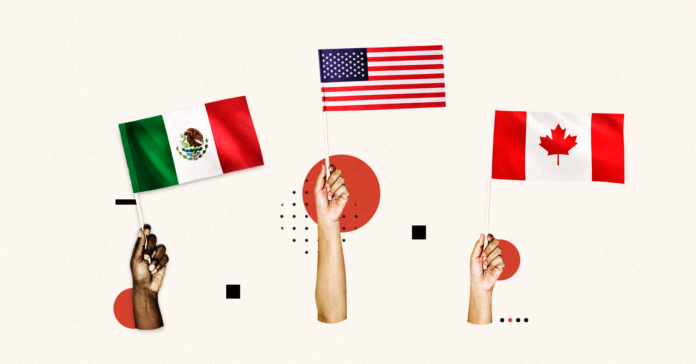 The new U.S.-Mexico-Canada trade pact, a replacement for the North American Free Trade Agreement, could have a positive economic impact for Texas, provided that the volatile chief executives of the U.S. and Mexico can get along.

Mexican President Andrés Manuel López Obrador inherited a toxic relationship with U.S. President Donald Trump when he took office in December 2018. Today, he is due at the White House for a summit with the U.S. president to formally recognize the new trade deal.

“The number one benefit of the deal is that it does away with the uncertainty of the bination trading relationship,” says Tony Payan, the Françoise and Edward Djerejian Fellow for Mexico Studies and director of the Center for the United States and Mexico at the Baker Institute, who has taught U.S.-Mexico relations at both Rice University and the University of Texas.

“While it was being negotiated and NAFTA was going away, a lot of the businesses were uncertain what was going to happen,” he said. “The fact that we now have an agreement introduces a lot of certainty into the calculations. Unfortunately, the major problem is that the Trump administration and the López Obrador administration are each in their own way adding uncertainty. Trump’s trade wars, even if they haven’t affected Mexico much yet, are part of that. Meanwhile, López Obrador has been rather hostile to the business. It’s canceling out the certainty.”

Payan is referring to Trump’s constant trade wars with China, Canada and the European Union, wars that economists are united in saying have done far more harm to the country than good. Some of the tariffs on Canada and Mexico included a 25% fee on steel and a 10% tariff on aluminum. Mexico and Canada responded with billions of dollars of their own tariffs.

This matters to Texas. According to Payan, two-thirds of all binational trade comes through the Lone Star State — nearly $400 billion in 2019 alone. The trade is incredibly vast, including manufacturing, tourism, logistics, energy and retail. Texas also sends an enormous amount of goods and services to Mexico, about $109 billion in 2018.

Economist Ray Perryman of the Perryman Group said the benefits are substantial.

“As a major exporting state accounting for over 20% of the national total in 2019, Texas would see substantial benefits,” stated Perryman. “Key goods exported to Mexico and Canada include computers and electronic products, petroleum products, chemicals, transportation equipment, machinery, and electrical equipment.

“We estimate that for Texas, annual gross product will be a projected $17.6 billion higher and employment 164,700 higher under the USMCA. These effects far exceed those in any other state. For California, the second most impacted state, the USMCA will likely lead to a $6.2 billion boost in gross product and almost 58,700 jobs. A “no-deal” situation would have been a major step backward.”

On the Mexican side, López Obrador has been trying hard to roll back reforms to his country’s energy sector, a move that was cut short by the signing of the USMCA. The president has been hostile to reform, preferring to keep the state-owned energy company Pemex free from foreign investment, such as from Texas. The overhaul of the industry in Mexico is a crucial part of funding many other reforms for the country, which produced 1.7 million barrels of oil a day in 2018.

“Mr. López Obrador has rolled back the implementation of the energy reform, but not the laws themselves,” said Payan. “Energy companies in Texas were chomping at the bit and have lost a lot of opportunity. As long as he is there, there aren’t likely to be any new opportunities for Texas energy.”

Energy is only one of the many ways that the USMCA can improve the lot of Texas if fully implemented. For instance, businesses will no longer be required to have offices in other countries to operate there, cutting down the operating costs of exporters. The agreement has also unified port regulations so that they are the same at every point of entry rather than a confusing mess of different regulations. The USMCA also opens up new trade opportunities for the 240,000 Texas farms and ranches.

Unfortunately, full benefit of the deal may be mostly out of Trump or López Obrador’s hands. No one predicted the devastating impact of COVID-19 on the world’s economy, and America in particular is now home to the largest number of infected and dead on Earth. It’s unlikely we will see much come from the USMCA despite the happy faces in the upcoming photo ops for some time.

“Now there is a collapse of one-half of all trade between the countries,” Payan said. “That is not going to be made up by the USMCA. Texas depends quite a lot on this trade.”

Both countries have restricted travel in order to halt the spread of the coronavirus. This has a devastating effect on the Texas economy, Payan said, because of how much trade happens across the southern border. Coupled with longstanding anti-immigrant language and policies from Trump, this only adds to the crippling of the USMCA’s potential. Texas leadership is likely going to have to step in if the state is to reap the rewards of the deal.

“Texas leadership needs to be very clear about the interests of the state that the USMCA is dutifully and faithfully implemented,” Payan said. “Texas has to begin to figure out the investments, especially in cross border infrastructure to handle the added trade. If Texas continues to be ambivalent to being open to trade but not open to people at the border, it introduces a lot of uncertainty.”