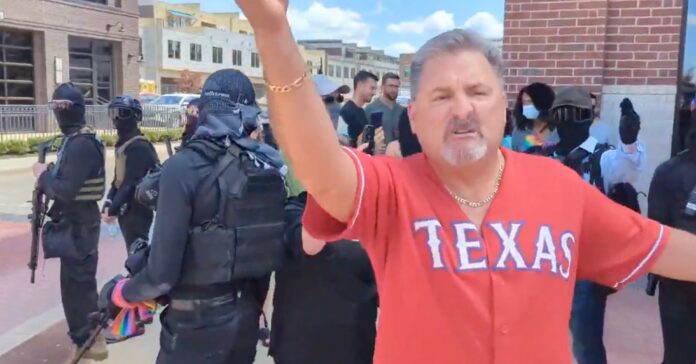 A drag brunch at Anderson Distillery & Grill in Roanoke provoked a clash between protesters and counterprotesters, some of them armed, outside the event last Sunday. The video of the incident was recorded by Dallas reporter Steven Monacelli and uploaded to Reddit.

The viral video shows an armed group of people “protecting” the event from a group of mostly male protesters who wanted to boycott the brunch. According to the Reddit post, the armed individuals were part of Antifa and they were there to prevent far-right protesters from going inside the brunch. But this information is unclear because none of the armed individuals had the well-known Antifa iconography and none of them identified themselves or even talked. On the other hand, the male protesters did talk to the camera and said that they were there to support people who are against the indoctrination of children.