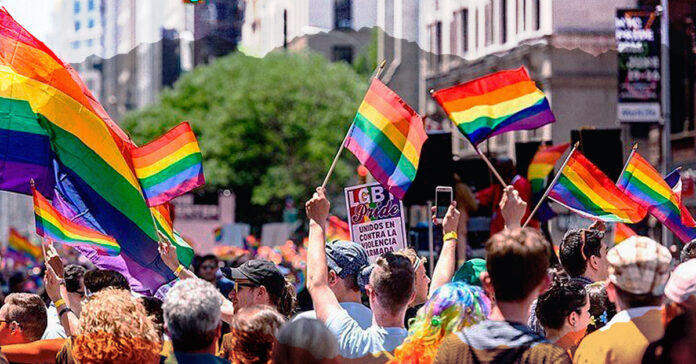 Republicans surveyed by the left-leaning polling firm Data for Progress are nearly evenly split on whether the government should prevent transgender youth from accessing gender-affirming care.

The national polling data, shared exclusively with The 19th, suggests that GOP voters are not nearly as supportive of anti-trans bills being pushed by Republican state lawmakers across the country as some Republican politicians may want to believe. The data also carries significance for trans Republicans who spoke with The 19th about running in their local elections.

Still, a majority of Republican voters indicated in a later question that they supported Texas’ order to investigate families seeking gender-affirming care for their children, which also directs teachers and doctors to report trans children receiving that care.

GOP lawmakers have in the past year introduced a record-breaking onslaught of legislation to restrict and criminalize trans youth’s access to gender-affirming care like hormone treatment and puberty blockers, both widely recommended by the foremost medical associations on trans health. So far only Arkansas has succeeded, and that measure is tied up in a lawsuit. But other moves, such as the Texas directive, have endangered or stopped programs providing that care.

Such legislation can cause harm even in places where it does not pass or take effect. Two-thirds of LGBTQ+ people aged 13 to 24 told Morning Consult and youth LGBTQ+ advocacy group the Trevor Project earlier this year that debates over anti-trans bills had negatively impacted their mental health. Families from Arkansas and Texas have uprooted to move to different states. Advocates have repeatedly warned that the rhetoric will cause trans homicides to continue increasing.

Several transgender conservatives told The 19th that watching GOP state lawmakers advance so many anti-trans bills has been frustrating — and that this poll suggests Republicans’ opinions on trans health care, as well as their knowledge of it, is more varied than those lawmakers may expect.

Jordan Evans, a trans Republican who has continued to run for local office in Massachusetts after transitioning in 2015 — when, to her knowledge, she became the first openly trans GOP elected official in the United States — said the split in opinion in the poll is comforting.

“I’ll take that as there are still enough people out there who understand why this is such a travesty and are willing to be like, ‘Well, I’m not sure if that’s OK,’” she said. “We need those people right now. … We need them to also speak up and speak out.”

To Jennifer Williams, the nation’s first openly transgender municipal chair for the Republican Party, the poll suggests that anti-trans bills may not be the winning issue that some Republicans want it to be.

“It’s embarrassing that there are Republicans who think that this is a way to build their name,” she said.

Some within the party, including the governors of Arkansas, North Dakota and, more recently, Utah, have taken a stance against anti-trans measures, including vetoing or vowing to veto them.

The poll’s split in opinion on the government’s role in gender-affirming care did not carry over to the latest developments in Texas. Responding to a separate question on that same survey, 59 percent of likely GOP voters said they either strongly support or somewhat support the order to investigate the families of trans children, while only 31 percent said they somewhat or strongly oppose it.

Charlotte Clymer, a Democrat and first trans board member of LPAC, a super PAC that funds LGBTQ+ women running for office, said the discrepancy between the questions follows a polling trend of voters being more open to supporting trans rights when asked about it in broader terms.

“I think most Republican voters, at the end of the day, don’t know what to think about trans issues,” she said. “The leaders of the party may want action against trans kids because they feel that this will help their bottom line politically, but … it’s not really clear that the base necessarily wants this.”

Misinformation could be further driving that wedge between Republican voters’ support for Texas’ anti-trans order and their opposition to broader government interference with gender-affirming care, Williams said.

Gender-affirming care for trans youth is not controversial in the medical community. The American Academy of Pediatrics backs the care and several studies have found the care reduces suicidality and depression. LGBTQ+ and trans advocates, as well as families of trans youth and providers of gender-affirming care, have stressed that the care is life saving.

Gender-affirming care is extremely important, Evans said. Although she’s not unhappy with where she is now, being able to access that care when she was younger would have made a big difference in her life.

“I was a closeted queer youth, in particular for me a closested trans youth, and I did not have any resources. I did not have anyone to talk to,” she said. “I can’t even imagine how different things would’ve been if I had resources, let alone access, to affirming care.”

Bhavik Kumar, who oversees health care for trans adults at Planned Parenthood Gulf Coast and serves as Texas’ lead for the advocacy group Committee to Protect Health Care, said that Texas’ attempts to label gender-affirming care for minors as child abuse “adds an air of stigma” onto care that, while it may be legally and politically complex, is not medically complex.

“It has direct implications on folks that are doing the work now but also has implications on the future generation of providers,” he said.  https://datawrapper.dwcdn.net/Xu7dk/3/

The Data for Progress onlinepoll of 1,162 likely voters, with a margin of error of ±3 percentage points weighted to be representative by age, gender, education, race and voting history, was carried out as part of the organization’s weekly omnibus survey, spokesperson McKenzie Wilson said. Forty-two percent said they live in a suburban area, 28 percent reported living in urban areas, and 29 percent said they live in a rural area.

Being a trans Republican in the current political climate can be challenging. Adelynn Campbell, a barista living in Michigan, in 2018 went for the second time to the Conservative Political Action Conference, known as CPAC, a gathering of conservative activists. She was excited to meet other trans conservatives since this was her first CPAC after starting her transition.

Although she later canvassed for Republican North Carolina state Rep. Phillip Shepard’s 2019 congressional district race and started political work in D.C. through a temp agency, Campbell has since left working in politics because she did not feel safe coming out as a trans woman, she said.

“It can be difficult working as a trans person in the Republican Party, in some places,” she said. After the 2020 election, she now considers herself an independent who mostly aligns with conservative policies.

Evans said that she has been discouraged and disappointed as she watches state lawmakers within her own party push more and more anti-trans bills — and she asked Republicans who disagree with the legislation to voice their dissent.

“I’m hurt, like any trans person is right now. We’re all kind of in pain,” Evans said. “But what really gets me is just how this has been allowed to get to this point.”