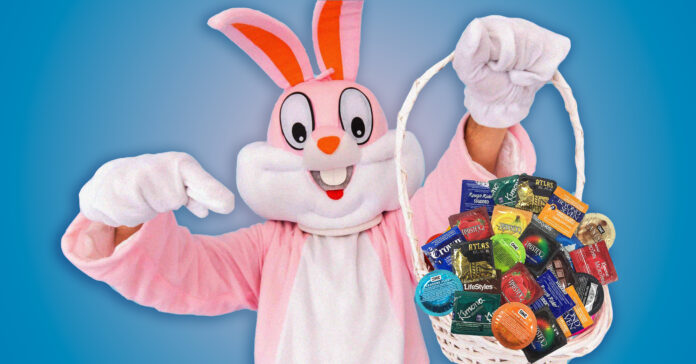 This week, an Austin parent accidentally donned an Easter bunny outfit and handed condoms out to elementary students.

One parent, Nathan Jensen, who teaches at the University of Texas, became concerned after receiving a notification from Gullet Elementary School.

“Not sure this is the Austin weird I signed up for,” he said.

The woman in the suit claimed she was overseeing a safe-sex presentation at a nearby clinic and left –in uniform– to get her second-grader from school. The decision made her immensely popular on campus.

Students swarmed her as she began handing out easter eggs packed with candy. After draining her supply of sweets, she asked her husband to bring more. He delivered the (wrong) eggs.

School officials asked the woman to leave, so she moved a short distance away and continued distributing various goods.

“We are working to review our safety protocols to ensure this does not happen again,” a district spokesperson told KXAN. “It was an incredibly careless and inappropriate action of a parent.”

Texas attorney general candidate George P. Bush had this to say about the comical event:

“Radicalized leftist parents & school admins are out of control, attempting to exploit our children while in school,” Bush tweeted. “As AG, I’ll hold school districts accountable for their failures to protect our kids.”