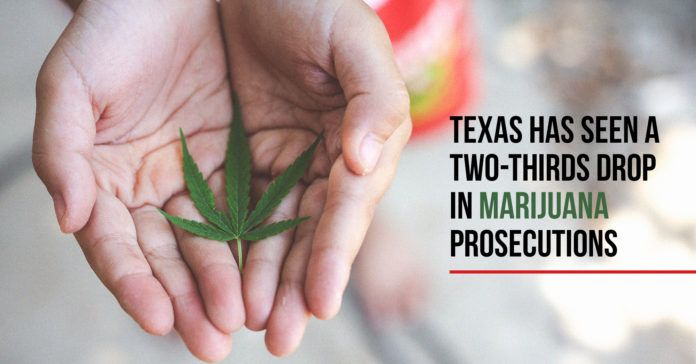 It was only five years ago that Governor Greg Abbott was firmly against legalizing marijuana in Texas, even for medicinal purposes. However, a change of heart appears to have come over the governor and the Republican majority, signaling that an end to a key fight in the War on Drugs may be nigh.

In June of 2019, the growing of hemp was legalized in the state, and it has had significant effects on the ability of prosecutors to punish people for having marijuana products. The law narrowed the definition of marijuana to cannabis containing more than 0.3 percent of tetrahydrocannabinol (THC), the chemical that produces the high. Anything less than that amount is classified as legal hemp.

What that means in practical terms is that confiscated suspected marijuana products must now be tested for their THC levels in order to determine if they are legal. Though the Texas Department of Public Safety is expected to roll out a more streamlined method of testing any day now, the additional testing requirements are proving to be a strain on various counties’ resources, especially as more expensive private testing firms are being used to clear the backlog.

As a result, the Texas Court of Admissions has seen a two-thirds drop in marijuana prosecutions since the law’s passage, and some districts are beginning to see pursuing such cases as more bother and expense than they are worth, especially for misdemeanors. Despite the law that has led here, Abbott has sent out a letter to Texas district attorneys urging them to continue to prosecute.

Medical marijuana as also received more freedom in the last legislative session. House Bill 3703 expanded applications to include autism and terminal cancer, which is a significant step forward for the legalization cause. However, the move angered some activists because it neglected to include medical marijuana as an acceptable treatment for post-traumatic stress disorder (PTSD). The call to treat people who suffer from PTSD, including the state’s 1.5 million veterans, with medical marijuana comes on the heels of a major opioid crisis in that population and a suicide rate double that of non-veterans.

That said, there is still considerable debate on whether medical marijuana is useful in treating PTSD. One study by Samuel T. Wilkinson, Elina Stefanovics, and Robert A. Rosenheck published in the Journal of Clinical Psychiatry found that use of cannabinoids is actually associated with worsened PTSD symptoms, such as violence, as well as being co-morbid with increased alcohol abuse. As of the new year, it appears there are cracks in Texas’ long-standing antipathy to marijuana, with the new hemp law making authorities unable or unwilling to continue prosecuting people possessing it, in addition to expanded medical use legitimizing it as a substance that has public applications. Though the Texas government is far from accepting widespread decriminalization as some other states have, the leadership has shifted an incredible amount in a very short time.