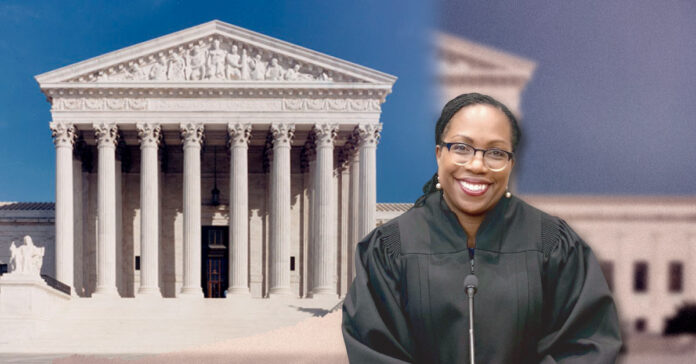 Biden picked Jackson, 51, for a lifetime job on the nation’s top judicial body to succeed retiring liberal Justice Stephen Breyer, fulfilling a 2020 campaign promise to make the historic appointment. Of the 115 people who have ever served on the Supreme Court, all but three have been white, only two have been Black and both of those were men.

“Judge Jackson is an exceptionally qualified nominee as well as an historic nominee, and the Senate should move forward with a fair and timely hearing and confirmation,” the White House said in a statement.

Biden sought a nominee with “exceptional credentials, unimpeachable character and unwavering dedication to the rule of law” and who “understands the profound impact that the Supreme Court’s decisions have on the lives of the American people,” the White House added.

Biden, who took office last year, is sagging in opinion polls, with 43% of U.S. adults approving of his job performance in a Reuters/Ipsos poll. Any political benefit for Biden with the historic nomination could be diluted by the international crisis caused by Russia’s invasion of Ukraine.

Jackson, who was participating in oral arguments in court on Friday morning, is expected to appear at a White House event with Biden in the afternoon.

If confirmed by the Senate, Jackson would become the sixth woman ever to serve on the court, which currently has three female justices. She would join the liberal bloc on an increasingly assertive court that has a 6-3 conservative majority including three justices appointed by Biden’s predecessor Donald Trump.

Democratic senators welcomed Jackson’s nomination and pledged to move forward quickly with the confirmation process while they control the chamber. Democrats have said they plan to move the nomination on a timetable similar to the single month that Republicans used for Trump’s third appointee Justice Amy Coney Barrett in 2020.

“We will begin immediately to move forward on her nomination with the careful, fair and professional approach she and America are entitled to,” said Democratic Senator Dick Durbin, who chairs the Judiciary Committee that will hold confirmation hearings.

Other contenders for the nomination included J. Michelle Childs, a district court judge in South Carolina and Leondra Kruger, a justice on the California Supreme Court.

Top Senate Republican Mitch McConnell called Jackson “the favored choice of far-left dark-money groups that have spent years attacking the legitimacy and structure of the court itself.” McConnell previously signaled that if Republicans regain the Senate majority in the Nov. 8 midterm elections, he could use that power to block any further Biden Supreme Court nominees.

The Senate voted 53-44 last year to confirm Jackson after Biden nominated her to the influential U.S. Court of Appeals for the District of Columbia Circuit. All but three Republicans voted against her.

Senator Lindsey Graham, one of those three, signaled a change of tune on Friday, saying Jackson’s nomination showed that “the radical Left has won President Biden over yet again.”

At Jackson’s confirmation hearing last year, Republicans questioned her on whether race plays a role in her approach to deciding cases. She said it did not. The Senate previously confirmed her as a federal district judge, a job she held for eight years.

Jackson, who was raised in Miami and attended Harvard Law School, has a varied legal resume including earlier in her career representing criminal defendants who could not afford a lawyer. She was part of a three-judge panel that ruled in December against Republican former President Trump’s bid to prevent White House records from being handed over to a congressional panel investigating last year’s Capitol attack.

While Jackson would not change the court’s ideological balance – she would be replacing a fellow liberal – her addition enables Biden to refresh its liberal wing with a much younger jurist who could serve for decades, just as Trump’s three relatively young appointees are in a position to do.

The nomination gives Biden a chance to shore up support among women, minorities and liberals ahead of the midterm elections. Biden’s strength among suburban women, seen as a key reason for his victory over Trump, has eroded since taking office last year, worrying his political aides.

Democrats control the evenly split 100-member Senate because Vice President Kamala Harris can break a tie. But they currently lack a working majority after Democratic Senator Ben Ray Lujan had a stroke. He is expected to recover in time to vote on Jackson.

If Senate Democrats remain united, no Republican votes would be needed to confirm Jackson. Because of a rules change spearheaded by Republicans to ease the confirmation of Trump’s first nominee amid Democratic opposition, only a simple Senate majority vote is needed.

Breyer, who at 83 is the court’s oldest justice, plans to step aside when its current term ends, usually in late June.

The Supreme Court is due to rule in the coming months in cases that could curb abortion rights and expand gun rights. In its next term it is due to hear a case that could end affirmative action policies used by colleges and universities to increase the number of Black and Hispanic students.