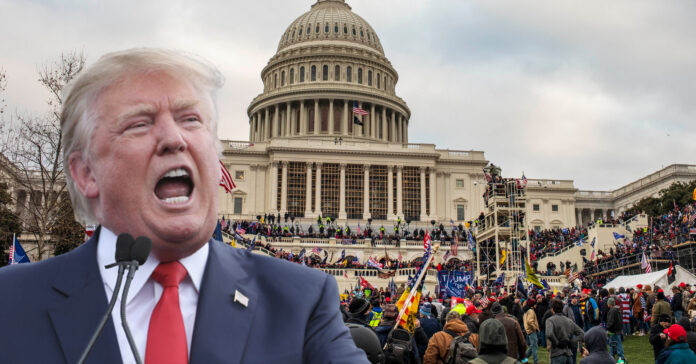 The January 6 Committee in the House of Representatives debuted their first live hearing on Thursday, showing the culmination of months of work and thousands of interviews regarding the attempted insurrection on the U.S. Capitol. Here are some of the highlights from the evening.

Mike Pence was the President During Jan. 6

One of the most startling revelations of the evening was that Vice President Mike Pence was actually Acting President Mike Pence during the insurrection. Previous reports assumed that he was merely the Vice President fulfilling a mundane constitutional duty when the attack occurred. However, once the violence started, former President Donald Trump essentially went AWOL. Pence gave orders to the Departments of Justice, Defense, and Homeland Security as acting president, and those orders were followed by those agencies as if he was. This will have incredible constitutional repercussions down the line as it answers the questions “who is in charge if the president appears to be actively leading a coup against the government?”

A statement for former Chairman of the Joint Chief’s of Staff Mike Milley shows that Trump was engaged in the coup as it occurred. While Pence coordinated action to stop the coup, the White House rejected such advice. According to Milley, Chief of Staff Mark Meadows was instead engaged in trying to shape the narrative. Testimony from the evening showed that Trump was not merely standing by in shock as the insurrection occurred, but was refusing to stop it in favor of possible actions that might be more politically favorable to him.

Vice Chair of the Committee Liz Cheney (R-Wyoming) stated that multiple Republican members of congress sought pre-emptive pardons from Trump for their possible role in the insurrection. She singled out Rep. Scott Perry.

“Rep. Scott Perry … has refused to testify here,” she said. “As you will see, Representative Perry contacted the White House in the weeks after Jan. 6 to seek a presidential pardon. Multiple other Republican congressmen also sought presidential pardons for their roles in attempting to overturn the 2020 election”

Militias Were Present Because of Trump’s Words

In the past few weeks, members of two prominent right-wing militia groups, the Proud Boys and the Oath Keepers, have been charged with seditious conspiracy against the United States. Footage was shown at the hearing, including from a journalist embedded with the group, that had members expressing that the reason they were present was because of Trump’s calls to action. Other footage showed the groups rally around leaders with megaphones before charging violently.

In his video deposition, former Attorney General Bill Barr made it clear that he told Trump all the accusations of election fraud were “bullshit.” Barr made the same claim in his recent book but has now done so under oath. It is inarguable that Trump was informed by his top advisers that there was no election fraud, and yet proceeded with claiming there was regardless.