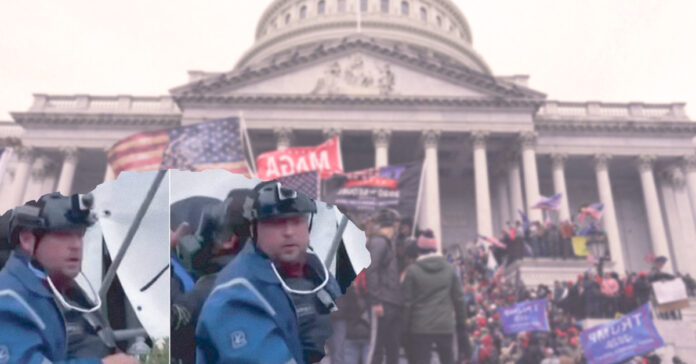 WASHINGTON, March 7 (Reuters) – A federal prosecutor accused a Texas man of being “a leader” of the Jan. 6, 2021, assault on the U.S. Capitol by Donald Trump supporters as she wrapped up arguments on Monday in the first criminal trial of someone accused of joining the riot.

Guy Reffitt of Texas, is the first of some 750 people charged with joining in the riot to face trial in Washington.

“Every mob needs leaders, and this defendant was a leader that day,” Justice Department lawyer Risa Berkower told jurors. “When the defendant stepped to the front of the crowd, he forced the Capitol Police into an impossible last stand to protect the people inside.”

Reffitt’s lawyer, William Welch, argued that Reffitt is only guilty of entering a restricted area and should be cleared of more serious charges.

“As soon as he was pepper-sprayed, that was the end of it,” Welch said of his client, adding that Reffitt embellished his own role to seem important.

“This case has been a rush to judgment, most of it based on bragging and a lot of hype,” Welch told jurors. “Be the grown-ups in the courtroom. Separate the fact from the hype.”

The jury is scheduled to begin deliberating on Tuesday.

Reffitt faces five felony charges, including bringing a gun onto the Capitol grounds and obstructing an official proceeding.

Reffitt’s estranged son Jackson, now 19, turned him into the FBI and testified against him last week.

If convicted of the most serious charges against him, Reffitt faces a maximum sentence of 20 years in prison, though defendants rarely receive maximum penalties.

Thousands of people stormed the Capitol on Jan. 6, 2021, after a fiery speech in which Trump falsely claimed his election defeat was the result of widespread fraud, an assertion rejected by multiple courts, state election officials and members of his own administration.

Reffitt never entered the Capitol, but video showed him egging on the crowd and leading other rioters up some outdoor stairs.

Reffitt, who wore a bulletproof vest and a helmet, persisted up the staircase even as police officers pelted him with pepper balls and doused him with chemical spray.

In a video clip played for jurors, Reffitt repeatedly urged rioters to drag House of Representatives Speaker Nancy Pelosi and other lawmakers out of the Capitol.

“I didn’t come here to play — I’m taking the Capitol,” Reffitt said. “I just want to see Pelosi’s head hitting every stair on the way out.”

Some 200 defendants have already pleaded guilty to charges relating to the attack, which sent lawmakers running for their lives. Reffitt’s trial is an important test case as prosecutors attempt to secure convictions from the hundreds who have not taken plea deals.