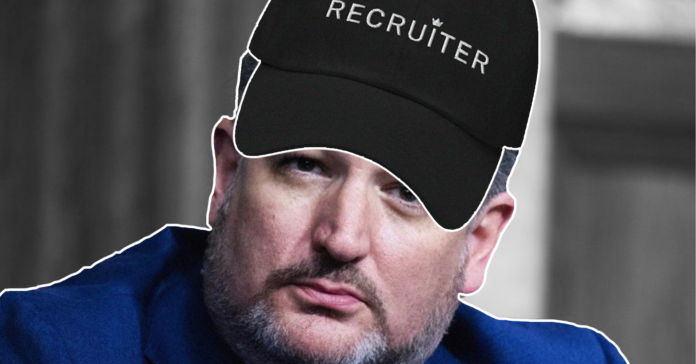 Ted Cruz, an individual constantly surrounded by controversy, has a job in Washington D.C. representing the people of Texas, but he is also trying to work as a recruiter of players for the Houston Rockets, unsurprisingly, he’s not so good at it…

Sean Marks, the general manager of the Brooklyn Nets, said in a statement Tuesday that his star point guard Kyrie Irving will not play or practice with the team until he is “eligible to be a full participant”, taking into consideration that the player hasn’t supposedly received the COVID-19 vaccine.

The club is prohibited by law from disclosing a player’s vaccination status, but it appears that Irving is still in violation of New York City’s COVID-19 vaccine rule for professional sports. The GM added that Kyrie has made “a personal choice” and that the team respects his individual right to choose over his body, but took a strong stance promoting the vaccine.

Texas Senator, Mr. Cruz has been involved in multiple scandals this year, after fleeing to Cancun during the Winter Storm in February. Instead of focusing on increasing the debt ceiling or passing meaningful legislation for the State, he is now using social media to recruit players for the Houston Rockets:

It’s important to remember that the Rockets have a surplus of point guards, taking into account that veteran, five-time All-Star point guard John Wall is sitting on the bench this season while he and the team work out a trade, and also having a promising rookie class that includes first-round pick Jalen Green, Kevin Porter Jr., who is showing signs of progress in the position, and returning guard Eric Gordon up for the task.

It doesn’t make sense for the team to recruit yet another point guard. Even if he was available for a trade, the Houston Rockets has a fully vaccinated team status, it would be outrageous to sign a player that doesn’t comply with this.

Twitter users quickly responded, criticizing Mr. Cruz for being completely unaware of the status of the team roster, and taking the opportunity to remind him of his recent mishaps in his political career.