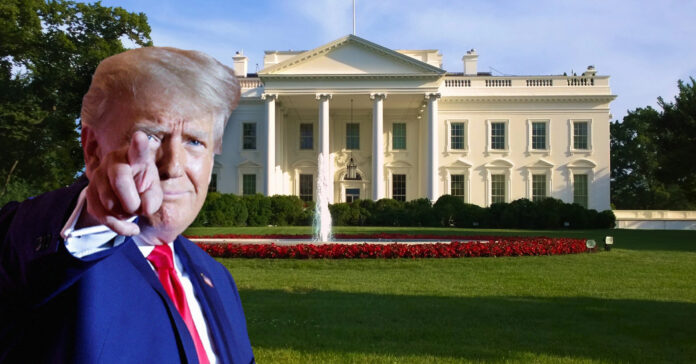 Donald Trump’s aides filed paperwork for his 2024 White House bid on Tuesday as the former president launched a run to regain the title, aiming to pre-empt potential Republican rivals.

Trump, seeking a potential rematch with Democratic President Joe Biden, made his announcement at his Mar-a-Lago estate in Florida a week after midterm elections in which Republicans failed to win as many seats in Congress as they had hoped.

Republicans are meanwhile closing in on the 218 seats they need to take a majority in the 435-seat House of Representatives.

“You know how you have a zombie that you can’t kill, like in the Night of the Walking Dead? That’s Trump. He’s the orange zombie that the Republicans are desperate to make extinct, but because of his personality – which is driven by money and attention – there would be absolutely no reason for him not to run for President.

“This is distressing the Republicans because they want to move past Trump. They clearly have lost momentum from an election point of view.

“He’s the Holy Trinity of market lubrication – stimulus, through deficit spending, low interest rates – easy money – and a lack of regulation. But the flip side is (investors) also know that he creates what markets absolutely hate: political instability. If any one of those other candidates can present themselves with some of the Trump messaging without the Trump drama, there might be opportunities.”

“While the Trump era was associated with mostly strong share markets, it also saw two years of rough returns – 2018 which his trade war policies influenced and 2020, which was due to COVID – and things have changed a lot since then so its doubtful investors would be concluding a new Trump presidency would necessarily be good for shares.

“If anything, his decision to run may accentuate the divisions going on amongst Republicans, with many blaming him for their poor midterm election showing and these divisions may even lessen the chance of a more market friendly Republican administration gaining the presidency in 2024 so some investors may actually see it as a negative for markets.”

“In general, the fact that the candidates he backed during the midterms have not performed well certainly loosens his position.

“So suddenly, he has come out in a weakened position. Compared to where he was prior to the midterms. We don’t think this will rattle the market until at least early 2024.”

“At this stage the bigger question is whether he will split the Republican party and inadvertently hand the Democrats an easy win. Of course, a lot can happen between now and then – but if inflation is not under control, it will put the Dems in a very weak position by the elections.

“However, it’s a long arduous road to the White House and as of yet Trump wields no presidential powers, so it could take some time for markets to take notice – which is likely why they showed no meaningful reaction today, from an announcement we all fully expected.”

“It was expected as he has been leading towards this in his comments. It’s going to be extremely interesting, a very interesting period, because it does look as if there are others who are prepared to vie for the nomination.

“I think there’s been a shift, not just over the midterm election, but even months before that of new faces coming forward and seemingly prepared to compete and vying for the nomination.”

“I would say it’s to be seen, and we’ll see what happens overall. It’s two years away so I think that in political situations, you have to be careful never to comment too early.”

“I don’t think the announcement means much as people thought he would – and with a weaker showing at the mid-terms it reduces likelihood of nomination. So think the impact is only down the track if he gets good traction with the nomination.”

“Thoroughly expected of course. (Rupert) Murdoch has said he’ll push the Democrats ifTrump entered the race and the wind is to the back of DeSantis. Neil Young said ‘it’s better to burn out than fade away’…feels like Trump will go down this time with little glory.”