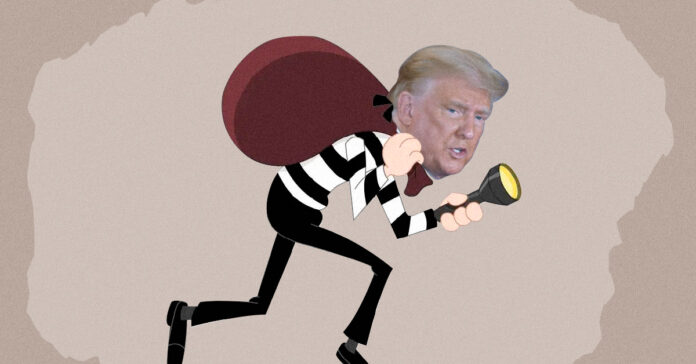 WASHINGTON, March 2 (Reuters) – The congressional committee investigating the Jan. 6, 2021, attack on the U.S. Capitol on Wednesday said former President Donald Trump may have engaged in criminal conduct in his bid to overturn his election defeat.

In a court filing — one of the U.S. House of Represenative’s Select Committee’s most detailed releases of findings yet — the panel said Trump potentially engaged in conspiracy to defraud the United States and may have obstructed an official proceeding.

The Select Committee’s members have previously said they will consider passing along evidence of criminal conduct by Trump to the U.S. Justice Department. Such a move, known as a criminal referral, would be largely symbolic but would increase political pressure on Attorney General Merrick Garland to charge the former president and would thrust his department into a political firestorm.

“Evidence and information available to the Committee establishes a good-faith belief that Mr. Trump and others may have engaged in criminal and/or fraudulent acts,” the committee said in a court filing.

“The Select Committee also has a good-faith basis for concluding that the President and members of his Campaign engaged in a criminal conspiracy to defraud the United States,” the filing said.

The court document was filed in federal court in Los Angeles as part of the Select Committee’s dispute with John Eastman, a lawyer who advised Trump on a plan to invalidate election results in key battleground states.

Eastman sued the committee in December, seeking to block a congressional subpoena requesting that he turn over thousands of emails.

Charles Burnham, a lawyer for Eastman, said in a statement on Wednesday that Eastman is abiding by his ethical duty to protect client confidences.

“The Select Committee has responded to Dr. Eastman’s efforts to discharge this responsibility by accusing him of criminal conduct,” Burnham said. “Because this is a civil matter, Dr. Eastman will not have the benefit of the Constitutional protections normally afforded to those accused by their government of criminal conduct. Nonetheless, we look forward to responding in due course.”

Representatives of Eastman and Trump did not immediately respond to requests for comment. Trump has repeatedly called the Select Committee’s inquiry a politically motivated investigation.

The court filing included emails obtained by the Select Committee from the day of the Jan. 6 attack, including one where a lawyer for then-Vice President Mike Pence said no judges would endorse Eastman’s legal strategy for overturning Trump’s election defeat.

“Thanks to your bullshit, we are now under siege,” the Pence lawyer, Greg Jacob, wrote to Eastman.

“The ‘siege’ is because YOU and your boss did not do what was necessary to allow this to be aired in a public way so the American people can see for themselves what happened,” Eastman replied.

The committee’s leaders said in a statement that “Eastman’s emails may show that he helped Donald Trump advance a corrupt scheme to obstruct the counting of electoral college ballots and a conspiracy to impede the transfer of power.”

Attorney regulators in California said Tuesday they have been investigating Eastman and whether he acted unethically in his work for Trump. The investigation could lead to disciplinary action against Eastman, such as suspension of his law license.