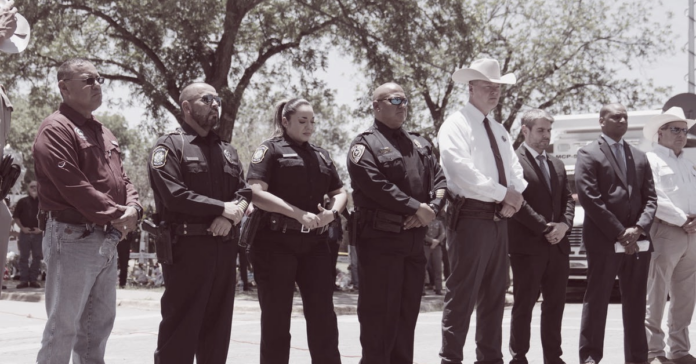 The Uvalde Police Department and Uvalde CISD police force are no longer cooperating with the Texas Department of Public Safety (DPS) in the investigation regarding the shooting that occurred in Robb Elementary last Tuesday, law enforcement sources told Aaron Katersky, a correspondent for ABC News.

Following the ABC News report, Texas DPS put out a statement clarifying both police departments were cooperating with the investigation, but the Uvalde CISD police chief, Pete Arrendondo, has not responded to the Texas Rangers for a follow-up interview after his initial statement after the shooting.

Overall, the police forces have been gravely criticized for the way they acted in the attempts to stop the shooting, where 19 kids and two teachers lost their lives. Not only did they first give misleading information during the first press conference regarding the event, it was also shown that they had waited nearly an hour before entering the facilities and stopping the shooter.

Shortly after the director of DPS Col. Steven McCraw held a press conference on Friday regarding the misleading information that was first revealed regarding the shooting, especially about the delayed police entry and it being “the wrong decision”, police forces and school district officials stopped cooperating for the investigation.

McCraw also stated that the actions taken place on Tuesday by the police were not under the protocol and that several children had called 911 as the gunshots took place. There have also been testimonies from parents who were desperate to get inside since they saw police standing outside as they heard the shots. One parent was even handcuffed after trying to get into the school and save her two kids.

McCraw, Gov. Greg Abbott and Lt. Gov. Dan Patrick at the end of last week all identified Uvalde CISD police chief as being the incident commander who made “the wrong decision” to hold law enforcement from going into the classroom where the shooter was.

Arrendondo is facing pressure from the state’s largest law enforcement union when they released a statement Tuesday calling all of their members to cooperate with the DPS investigation into the shooting and the response. He has also faced criticism for being sworn-in to city council in a meeting without formal notice. When CNN correspondent Shimon Prokupecz confronted the police chief Wednesday morning, Arrendondo disputed DPS’s account saying he has been on phone calls with them every single day since the shooting. He added there will be a statement from the CISD police explaining what happened once “families quit grieving.”

The investigation is still active, and the fact that critical agents in the event are not willing to participate could be detrimental.