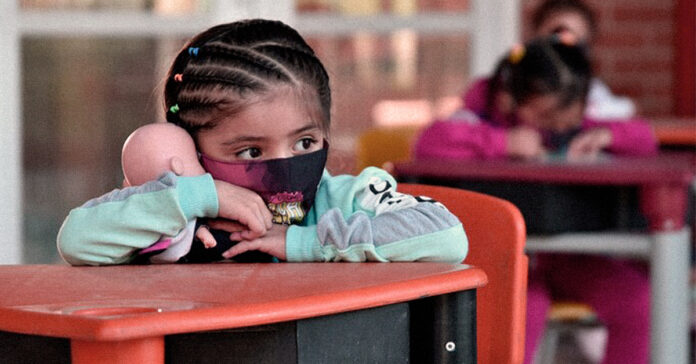 How Is It Legally Possible That Governor Abbott and The Texas Supreme Court Can Knowingly and Intentionally Greatly Enhance the Probability Our Children Will Become Severely Ill or Die?

We must celebrate and congratulate our Texas Legislature who adopted the Texas Disaster Act, Tex. Gov’t Code, Chapter 418, that empowered Governor Abbott to issue multiple orders applicable to our citizens and business entities during the first three surges of covid-19, lasting from March of 2020 until May of 2021. The human carnage was intolerable, insufferable and simply horrible, but just how bad would it have been if Governor Abbott had not taken the “bull by the horn” to protect all of our lives?

And then Governor Abbot threw in the towel…He is not saying why, but the political pundits say it has to do with the upcoming election where he will stand for a third, four-year term. The citizens, whom it appears includes a large block of voters, slept through their civic classes in high school, and that allows them to believe they have the “freedom” and “liberty” to do what they want or do not want with their bodies/health no matter what the consequences are for others. If they had been awake, they would have learned that the U.S. Supreme Court held so long ago in Munn v. Illinois, that when one is a part of a democracy, he/she gives up certain liberties and freedoms that otherwise they would have if they lived apart from others. Citizens, therefore, must comply with laws or legal orders that were adopted to protect the public welfare. That is exactly why no one has asserted the Texas Disaster Act is unconstitutional.

As a long-time attorney and Texas Attorney General, there is no doubt Governor Abbott knew that was true. Yet in the summer of 2021, he issued executive orders 36 & 38 (GA-36 & GA-38). Within those orders, he informed all citizens that he was wholly abdicating any role or responsibility in regulating businesses of any kind, and it was wholly up to each of us to determine if we would wear a mask or get a vaccine. He clearly implied that each citizen had a total right to disregard the health and lives of other citizens in order to preserve their own independence and freedom.

This was so even though he had the knowledge that in the Fall of 2021, a new deadly variant, Delta, was on its way from another part of the world to cause massive illness and death, which it did. It was followed by the unbelievably infectious Omicron, and soon we will have to deal with another Omicron variant that is one and a half times more infectious than the current variant.

We all know what that means. A mask is worn to protect others from your infection. It does not protect the masked person from inhaling the disease from the non-masked persons in a room. In addition, if you get your vaccine and booster, you almost eliminate the chance of infecting others in most cases. Unbelievably, if our ignorant citizens joined the over 50% responsible and informed citizens who got their shots, the pandemic would be over for all of us. Their ignorance and selfishness has been devastating to us all.

So what did our schools do? The studies were unanimous that during the pandemic of March 2020 until May 2021, when most schools were closed, distance learning was an abysmal failure in educating students. Students must be physically present at school with a teacher in the front of the room for our next generation to survive academically and economically. But if the kids must be at school and masks are not required, the schools will be intentionally infecting those children who wear a mask if no one else is wearing one. That will be true for the masked teacher and masked staff. Finally, the spread will be unbelievable due to all being enclosed in a building all day long.

So, did our-much heralded Governor say schools could do what is good for the public welfare? No! His orders, GA-36 & GA-38, forbade the schools from doing so. School officials knew that was the most ludicrous, idiotic, inexcusable and reprehensible thing to do. And their lawyers knew there was no reasonable legal argument to support his position. Chapter 418 expressly provides that when the Governor chooses not to act, local governments may require more and comprehensive measures. There is no question our attorney-Governor knew/knows his orders were illegal, but he still intentionally forbids such acts by school districts.

Four school districts, Dallas, San Antonio, Houston, and Austin sued the Governor in district court, and since the law is so clear and unambiguous, they all won and the courts enjoined the Governor’s orders. The Governor ran yelling and screaming on an emergency basis to the Texas Supreme Court saying how horrific it was the schools dare question his authority and his orders should be reinstated immediately.

The Court without justification reinstated the Governor’s orders. The Court simply stated that the orders needed to be reinstated to “preserve the status quo” as the four cases proceeded to the court of appeals.

Now, let us see. The schools, when open, have continuously required masks since March of 2020 until the present time. The Governor issued his two orders in May and July of 2021. “Status quo” is defined as the last point in time BEFORE the controversy arose. Clearly, the controversy arose when the Governor acted by issuing his orders. Therefore, before the controversy arose, the school districts’ mandatory mask policies were in place and thus, the Supreme Court was mandated by law to allow the schools to continue their mandatory mask orders pending the end of the litigation. They did the opposite.

So, the Supreme Court’s analysis, logically and legally, makes no sense! And they knew their order would allow them to join the Governor in guaranteeing our school children, staff and faculty would be in harm’s way for untold months. It actually took five months for these cases to be filed in the Supreme Court, on January 26, 2022. Do we wonder why over six million cases have occurred in Texas and over 77,000 have died? During the last five months, who caused an extraordinary enhancement and the probability of a high number of covid cases, severe illnesses and deaths? The Governor and Texas Supreme Court! You know, those kids go home and infect Mom, Dad, Grandma and Grandpa…..

But, thanks to the lawyers, the cases regarding Dallas and San Antonio are finally in the Supreme Court. Immediate relief? This author has pleaded with the Court to do so. What was the Court’s “response”? The Court has given the lawyers 30 days to argue why or why not the Court should even hear the case. How can that be? Could they really be serious? Do they need to argue that the lives of children and adults in the State of Texas are worth arguing over the law? Really?

At the pace this Court is moving, it will take another five months to decide these cases. Ironically, just when classes are ending in school. So, the Court allowed a totally illegal order of the Governor to remain effective for essentially an entire academic year, and thereby intentionally guaranteeing thousands of children, staff and teachers would become ill, severely ill and die.

Something horribly wrong is going on in the Office of the Governor and in the Chambers of the Texas Supreme Court. As the Assistant Attorney General admitted in the Dallas Court Appeals’ oral argument, the Supreme Court had the power to immediately render on the merits of these cases in August of 2021, but the Court chose not to. How can that be justified, legally and morally? Just how many cases of covid, serious illness and death could have been prevented?

When 16 Houston Judges sued the Governor in April of 2020 in Travis County District Court challenging GA-13, it was immediately appealed on an emergency basis to the Texas Supreme Court. The Court accepted legal briefs, heard oral arguments and issued a complicated opinion in 12 days!

I guess that matters not to Governor Abbott and our nine Supreme Court Justices. Simply what could be their agenda? Is the Supreme Court protecting the Governor’s illegal acts? If so, why? Omicron is literally killing us each day, and all of our hospitals are now solely covid clinics. Need a new hip? Forget that idea!

And last Thursday, January 27, 2022, we were informed an Omicron variant is coming that is one and a half times more infectious than Omicron. Will even one school be open when the Court issues its opinion in May of 2022? Without mandatory masking, schools will be a slaughterhouse.

God bless our children, their staff and their teachers. We sure hope you are alive next year.