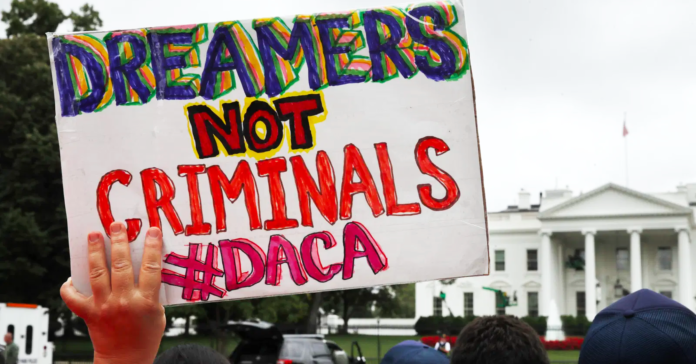 It is positive news to see that the Supreme Court has taken a step in the right direction regarding the attempted termination of the Deferred Action for Childhood Arrivals, or DACA, program. Since its enactment in 2012, the DACA program has resulted in many benefits for our state and the young immigrants protected under this program.

For immigrants who came to the U.S. as children with their families, DACA provides the ability to legally study and work in the U.S. without fear of deportation. Program recipients are required to undergo a thorough background check, pay a fee, and submit an application to apply for DACA status and the deportation protections it provides.

Of increased importance now, DACA protections allow program recipients to work in essential COVID-19 response roles in the health care, food and education industries, among others. Nationally, more than 200,000 DACA recipients are working in essential industries according to the Center for American Progress, amounting to more than one-third of the entire DACA population of nearly 700,000 recipients. CAP estimates that includes more than 30,600 DACA recipients in Texas. There are 4,300 Texan DACA health care workers, according to CAP, and 2,800 Texan DACA health care educators, in addition to sanitation, grocery, utility workers and more.

In total, Texas is home to more than 107,000 DACA recipients, according to U.S. Citizenship and Immigration Services. Those DACA recipients pay $244.5 million annually in state and local taxes, the Institute on Taxation and Economic Policy estimates. And the New American Economy estimates that 96% of DACA-eligible Texas residents are working or are in school, and this includes nearly 8,500 DACA- eligible entrepreneurs, helping generate jobs for native-born Texans.

Although the Supreme Court ruled in favor of DACA recipients, in order to make these protections permanent, Congress must urgently pass a legislative solution to codify them and end the fear and uncertainty DACA recipients have faced for years now.

Such legislation that would provide DACA recipients with a pathway to citizenship was passed in the House last summer and is ready for the Senate to take up for a vote.

DACA recipients’ contributions are immense, and to callously deport them at a time when we need them most would be immoral and unwise.

While the court ruling is a temporary win, it’s just that — temporary. We need DACA recipients’ economic and community contributions to become permanent. Please help us urge Sens. John Cornyn and Ted Cruz to pass legislation such as the American Dream and Promise Act. It’s what’s best for our state and our economy, and we can’t afford to lose these workers, DACA recipients, especially now.

Chris Wallace is president of the North Texas Commission. He originally wrote this column for The Dallas Morning News.