Home Faith Opinion: How Conservative Evangelicals Got Where They Are Politically, and What To...
Facebook
Twitter
Email 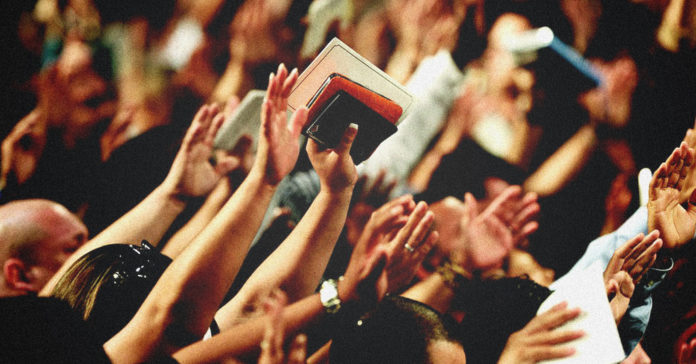 With many waiting to see if 2020 will be the year Texas turns blue, Republicans — and particularly those connected to the far right — are looking to tighten their grip on certain voting populations. Support for President Donald Trump and his policies is waning among evangelical Christians, though the jury is still out on whether that will translate into votes for Democratic nominee Joe Biden.

Since the 2016 election, increasing numbers of evangelical Christians who have long identified as Republicans are asking themselves, “How did we get here?” The Republican Party has been moving further and further to the right on the political spectrum since the 1970s, so why did it take Trump’s election (or in some cases, four years of his leadership) for many to reevaluate their loyalty to a political party that increasingly advocates, or at least ignores, xenophobia, racism, misogyny, and prioritizing individual interest over the common good?

Evangelicals must become more aware of our place in American history if we are to detangle our own beliefs from the politically- and economically-motivated agendas disguising themselves as faith-based platforms. The journey to understanding how we ended up “here” can be traced back to the 1970s. Reactions to the cultural upheaval of the 1960s and fear of the Soviet Union came together to convince evangelical leaders of the importance of defending American morality and “family values.” Similar factors — fresh battles over identity politics and a foreign enemy ideologically opposed to the U.S. — help explain the intense right-wing backlash following Barack Obama’s presidency that ultimately resulted in Trump’s election. But the religious right did not disappear between 1970 and 2016, and Trump’s ability to make his brand of far-right Republicanism mainstream ultimately has less to do with his cult of personality than with patterns of thinking formed over four decades with the help of religious and political leaders.

The Soviet-U.S. alliance that helped ensure Allied victory in World War II failed to evolve into a congenial postwar settlement. Knowing that outright conflict with a fellow nuclear power was out of the question, the U.S. pivoted toward a policy of containment, dividing the rest of the world into democratic allies and communist enemies. Newly established countries, building free governments in the wake of decolonization, became battlegrounds — both figuratively and literally — for American hegemony. In response, the Republican Party began to coalesce around certain tenets in the late-1960s and 1970s: aggressive foreign policy, dogmatic adherence to free market economic principles, individual freedoms, and so-called family values. The specter of communism made many Americans suspicious of large government and state intervention in the private lives of citizens. The Soviet Union, cast as the atheist foil to Christian America, came to represent the fate awaiting the U.S. if it did not maintain its supremacy on the global stage.

Fear over perceived government encroachment on citizens’ private lives morphed into backlash against the rights-based movements of the 1960s. Those who did not out rightly oppose Brown v. Board in the 1950s became vocal enemies of policies like busing and IRS treatment of private Christian schools. The Equal Pay Act of 1963 might not have elicited explicit resistance, but the far-reaching Equal Rights Amendment was painted as an attack on the home in the early 1970s. These perspectives, coupled with the very real growth of government at the time, made many fear that the enemy — what Billy Graham called “godless Communism” — was calling from inside the house.

Such fear helps explain why, at a 1980 rally in Dallas, Baptist minister and religious broadcaster Jerry Falwell detailed the objectives of his newly established political organization, the Moral Majority. Falwell told the crowd of its “three-fold” responsibility, to “get people saved … baptized … [and] registered to vote.”

Those votes needed to go to the party most closely aligned with the Moral Majority’s “pro-life, pro-family, pro-morality, and pro-American” agenda. The conflation of religious convictions with Republican policies represented a departure from the tendency of evangelicals to avoid participation in politics. Historian Matthew Lassiter writes that the “mass movement of social conservatives into electoral politics” in the late 1970s represented the failure of an “internal reform agenda.” Unable to adequately address the disintegration of the traditional nuclear family from within, church leaders began to identify external enemies — particularly feminists and the homosexual community — to blame, and they looked to the state to help keep such enemies at bay.

Through his Christian Broadcasting Network, Baptist minister and televangelist Pat Robertson helped cement the alliance between evangelicals and the Republican Party. Prolific authors like Tim LaHaye, Hal Lindsay and James Dobson published popular, affordable books covering a range of topics from parenting to interpretation of apocalyptic events, all the while painting conservative Christians as a community under siege. In his book “Costly Grace,” Rob Schenck details many evangelical leaders’ adoption of the same “Fear and Anger” tactics popularized by partisan politicians like Newt Gingrich. Nuance and compromise gave way to polarizing rhetoric and obstructionist strategies. “One of our consultants explained that if we told people about our programs, we would likely get a little money. But if we instilled fear and anger … they would send a lot of money. And he was right.”

Trump’s success among evangelicals shouldn’t come as a surprise when examined in the context of decades of evangelical political strategy, built as it was on fear of the “other” and a revitalization of a “moral” majority. It also shouldn’t surprise progressive Christians that their rebukes of Trump and his policies often fall on deaf ears. Trump is simply the latest iteration of resentments and strategies that go back decades. Many evangelicals still carry suspicions about Obama’s citizenship and religious convictions, thanks in large part to radical Islam functioning as the same sort of international bugaboo as the former Soviet Union. Even more moderate evangelicals resent the encroachment of government into their private lives, interpreting the Affordable Care Act as a sure sign of socialist takeover. Individual liberties, such as the right to bear arms, are perceived as being under attack. All this as many middle- and working-class Americans languish in debt and economic purgatory. Deindustrialization, as well as the decline of unions and New Deal-era safety nets coincided with the perceived disintegration of traditional family structures and morals — a perception exploited by many in the Republican party to blur the line between correlation and causation.

Evangelicals must come to terms with the ways in which our beliefs have been co-opted by those seeking spiritual authority and political power. For evangelicals confused as to how we got here but unsure of a way out that does not require moral compromise, it is time to take a long look at the past 50 years and forge a new moral code — one that embraces the radical nature of God rather than the fear of losing power.

For those outside the church hoping to reach evangelical Trump supporters, the conversation must move beyond accusations of racism, homophobia, and entitlement.

For Christians hoping to move the church away from partisan politics and toward social justice, the concerns — both concrete and ephemeral — of conservative evangelicals need to be addressed in good faith. It is not cliché to assert that our similarities far outweigh our differences, and that is the greatest threat to the toxicity of the far right: unity.