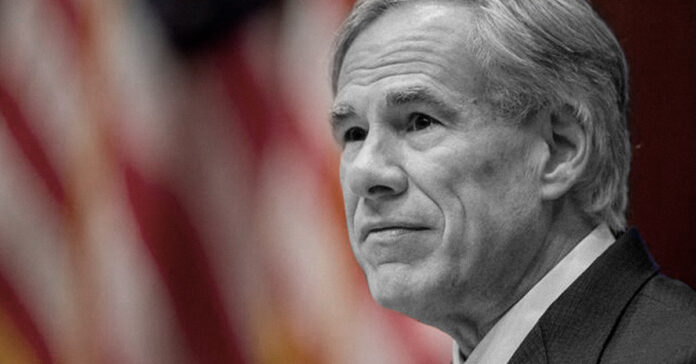 Governor Greg Abbott loves to play a neat executive power game. On one hand, he has spent most of the last two years downplaying the effects of COVID-19 whenever he can. On the other, he absolutely loves to use the expanded power the emergency declaration connected to the outbreak gives him.

Abbott first declared a state of emergency in Texas on March 13, 2020. By then, it was clear that COVID was going to be a major event, having already shut down prominent Texas events like SXSW in Austin and the Houston Livestock Show and Rodeo. These two massive cultural gatherings were worth millions of dollars to the Lone Star State, and they should have been an indication of how serious the plague was going to get.

Abbott did not appear to take that information totally to heart. He did make some moves, such as a statewide mask mandate, universal remote learning, and expanding voter access a little to accommodate precautions. However, by the next year Abbott was fully against any further efforts to fight COVID after receiving tremendous backlash from his own right wing. Since 2021, Abbott has diligently fought any further attempts at enforced masking, closures of any businesses, churches, or schools during variant spikes, vaccine mandates, and attempts by the federal or local governments to combat the disease on their own.

While Abbott, who is facing re-election this year, seems to have no interest in using his office to make tough decisions to stymie the spread of COVID, he does like the fact that emergency powers give him more ability to wage right wing culture wars without oversight. Under the guise of fighting COVID, Abbott is burning through relief money in his quixotic war at the southern border, Operation Lone Star.

Operation Lone Star has turned into a near-fascist nightmare scenario where Abbott uses the Texas National Guard to round up immigrants, often using entrapment and other illegal means. Thus far, it has been an utter disaster that has lead to drained state coffers and soldiers deserting or committing suicide. In all but one way, it has been a failure.

Where it has succeeded is invigorating the racist right-wing base of his party by convincing them that the border is under siege from dangerous criminals instead of refugees and workers. Abbott has begun making outlandish claims, such as declaring Texas would build additional border fencing itself and would begin busing caught immigrants to Washington D.C. As ludicrous as these sound, they end up invigorating Abbott’s standing among the extremists in his party.

Many of his executive orders now carry far more weight thanks to the ongoing emergency declaration, which Abbott just renewed. While he continues to downplay and deny the effects of the disease that gave him extra authority in the first place, he continues his doomed military efforts at the border because it makes bigots more happy to vote for him.