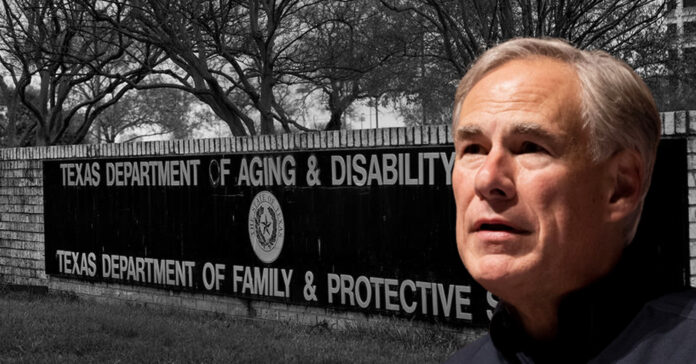 Do you know that since “we” adopted our 1876 Constitution, we have been labeled by the political experts to be a “weak governor state?” Why is that so? The Framers of our Constitution took a number of steps to ensure that would be true. Even though the governor was given the power to “faithfully execute the law,” they gave him no specific powers to execute. That was left to the Legislature to do or not do.

All of the governor’s fellow officers, such as the attorney general, lieutenant governor, the comptroller and others were directly elected so they would not be beholden to the governor. How does the Legislature get their laws into operation? They took their cue from the Framers and have not given that power for the most part to the Governor, but granted it specifically to state agencies.

But aren’t the leaders of the agencies chosen by the governor? Yes and No. Only the governor can appoint a person to fill a vacancy of an office at an agency, but that appointment is not legal unless two-thirds of the Senate agree. Not a mere majority, but a super majority must believe the person has the talents to do the job. If the Senate does not reach a two-thirds vote to approve, that candidate has no claim to the office and the governor must go back to the drawing board to choose someone else. Finally, after Senate approval, the Secretary of State must determine they are “qualified” to hold the office pursuant to our Constitution and relevant statutes.

If the person gets the job, what if the governor wants him/her removed during his term for a good or bad reason? That can happen only if two-thirds of the Senate agree to remove the officer. In addition, every time an officer’s term expires, the entire process must be done again and this time, the Senate not only can review the officer’s abilities, but how well they have done their job during their last term.

That is why the political experts label our agencies as “independent.” Honestly, it is “quasi”-independent, for when their term expires, the governor does not have to reappoint them. But if an agency officer disagrees with the governor as to what the law means or what is the best policy, that officer may wholly disregard the governor if the person does not care about reappointment. The governor has no power to change it. Now that is an independent officer!

That is why in the ongoing litigation of whether parents who seek medical treatment for their transgender minor children is or is not child abuse has put a spotlight on this constitutional set up. Attorney General Paxton issued an opinion stating that existing child abuse statutes covered this type of “abusive” behavior by parents. Governor Abbott agreed with the opinion and sent a letter to Commissioner Jamie Masters directing her to adopt the opinion as the policy of DFPS and to implement it immediately.

In a preliminary opinion in this controversy, the Texas Supreme Court instructed the lower courts that both the Governor and Attorney General had the power to give their opinion on the issues, but DFPS was not compelled by law to follow them. Thereby, the Court held that the decision to adopt this interpretation and go after these parents was rendered solely by Commissioner Masters. Yet, the Court was unaware of how Governor Abbott had changed Commissioner Master’s legal status and that rendered the Court’s opinion to be totally incorrect.

The reason is that Commissioner Masters was appointed to a two-year statutory term, and it expired on December 1, 2021. She was not reappointed by Governor Abbott either before expiration or since. No other person was appointed by the Governor. Even so, Governor Abbott told Commissioner Masters she could remain in office and exercise its powers, and the Comptroller would continue to pay her substantial salary. That has remained the status quo at DFPS since December 1, 2021. During this period of time, she approved the AG opinion on transgender child abuse of minor children as consistent with the law, and ordered her employees to seek these parents out, investigate them and if necessary, seek the removal of their child.

Pursuant to the Constitution, none of those decisions have the force of law, for she did not legally hold the office nor have the ability to exercise any of the powers of the office. Why?

Governor Abbott, Governor Perry, and many other governors during the 146 years of our Constitution have allowed officers to remain in office after their term expired without a reappointment.  They base it on a constitutional provision that temporarily allows an incumbent officer to continue to exercise the powers of the office after their term expires if “their successor” has not been qualified by the Secretary of State at the time of expiration. Not one Governor, including our lawyer-Governor Abbott, have ever publicly articulated how this provision applies, and there has never been a judicial decision as to what is the correct meaning of the law. That is true, for this provision clearly and unambiguously does not provide that an incumbent can remain in a vacant office without reappointment.

Under their unarticulated reasoning, these “Holdover Officers” are allowed to continue in office as long as the Governor does not appoint someone else. Meaning, the incumbent may continue to exercise the powers as he/she “waits” for a successor to show up some time in the future and become qualified. The only reason that has not happened, and probably will never happen, is due to Governor Abbott’s total failure to do his duty of reappointing or appointing someone else.

In the governor’s mind, he is totally in control. That results in the officer having no set term, never subject to Senate re-examination/re-approval and secretary of state re-approval. Finally, since the Senate can only participate in the removal of an officer appointed by the Governor, they have no say with this “Holdover Officer,” whose term has already expired. Thus, the “Holdover Officer” serves at the discretion of the Governor and can be fired at any time for any or no reason.

Governor Abbott’s own internal documents obtained on June 6, 2019, established he had 418 “Holdover Officers,” and it validated that some officers with two-year terms had continued to serve eight more years with no re-appointment, no senate re-approval and a total of 10 years of continuous service. It is undisputed that Governor Abbott had created his own fiefdom of power with an “army” of officers that were subject to his complete control. This is a complete misreading of the Constitution, it nullifies the concept of a vacant office, the need for significant Senate involvement in choosing these officers and it obliterates the requirement that officers have semi-independent control of their agencies. Therefore, these “Holdover Officers” as defined by Governor Abbott and a whole host of other Texas Governors, wholly lack any power to act.

That is why the Texas Supreme Court was wrong about the Governor’s power as it is exercised. If Commissioner Masters had refused to follow Governor Abbott’s “directions,” as to adopting the AG opinion and implementing it immediately, there is no doubt he would have fired her on the spot. Since she is illegally in office receiving an illegal salary out of taxpayers’ monies, there was nothing she could do but comply and issue the illegal orders. However, the DFPS is currently useless to do anything legally, for without a legal commissioner, no other employee has the power to act on her behalf. She “is” the DFPS, as the statute is written.

The only good news is that everything Commissioner Masters has done related to the transgender controversy has finally raised this critical issue in the Austin Court of Appeals and Texas Supreme Court. The Courts will finally and formally be able to reject Governor Abbott’s “interpretation” as inconsistent with our Texas Constitution.