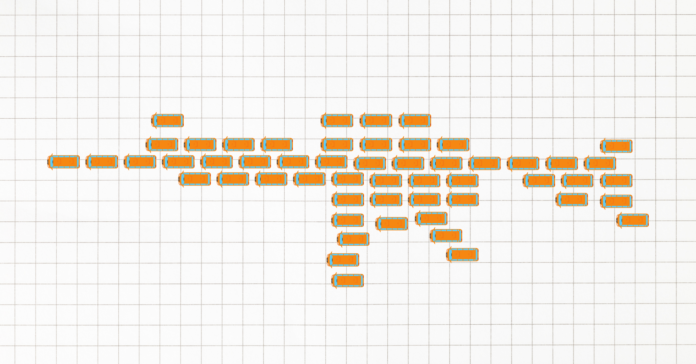 “Maybe you are fond of having crazy people with death machines,” Joaquin Oliver said in a note, written five years before his tragic death in the Parkland school shooting in 2018. On Thursday, his father avenged the lives of the children who have been killed by gun violence, marching 52 yellow school buses right up to Sen. Ted Cruz’s doorstep — 4,368 empty seats to symbolize every life lost this year.

The first bus to arrive carried items from school shooting victims, including a pair of worn-out checkered Vans from 15-year-old Gracie Muehlberger, killed at her Santa Clarita high school in 2019; a kindergarten graduation card with a smiling teddy bear on it, awarded to Sandy Hook victim Chase Kowalski; and a ​​LeBron James Miami Heat jersey adored by Joaquin Oliver, who died in the Parkland school shooting in 2018, as reported by Buzzfeed.news.

“The NRA Children’s Museum,” is the latest project by artist Manuel Oliver, who ever since his son’s death has advocated for gun control through his public art and activism.

In the past, Olive threw fake graduation in the spot where a former National Rifle Association president spoke to 3,000 empty seats, representing the teen victims of gun violence. And more recently, on Monday, he interrupted President Joe Biden, calling out the White House for not opening an office specifically for gun violence.

Now he wants people to look at which government officials accept NRA donations.

“We’re going after the money,” Oliver said. “These leaders are not loyal to the Second Amendment. They’re loyal to the gun industry and manufacturers, who protect them. And there’s lots of messages that supporting gun control is not patriotic. It’s corrupt, and I wanted to find a graphic way of showing them what the impact really is.”

Oliver went after Cruz first, who has received a total of $749,000 from the pro-gun group. He hand-delivered his late son’s note, which spoke to gun owners about his thoughts on gun control in the country.

“I am writing this letter to talk to you about how were going to solve this gun law movement,” Joaquin said in the note, written five years before his death. “Most of you have a problem with the idea of universal back round check. Why are you mad that there’s a back round check it’s for your own good maybe you are fond of having crazy people with death machines. You shouldn’t have anything against back round checks if you’re innocent.”

Gun violence is the leading cause of death for American children, this year alone there have already been over 300 mass shootings.

As of now, Ted Cruz has not made any response to the procession.