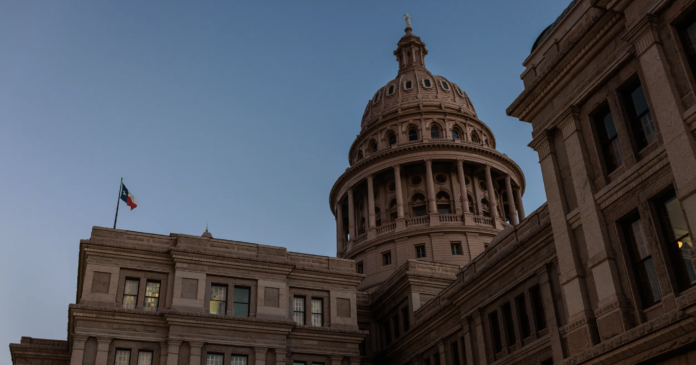 Record-high tax revenues over the last year will give Texas lawmakers an astounding extra $27 billion to spend in the 2023 legislative session, the state’s top accountant said Thursday.

In total, lawmakers will have $149.07 billion in general funds, Comptroller Glenn Hegar said. Going into the last regular legislative session in 2021, lawmakers had $112.5 billion at their disposal.

Lawmakers in the upcoming legislative session will also have $13.6 billion in their savings account, known as the rainy day fund — a $3.5 billion increase that is more than double the amount the savings account normally grows heading into a legislative year, Hegar said. The Texas Legislature convenes every other year.

“Oftentimes we start [legislative sessions] with a billion dollars, we start with $2 billion, we start with $5 billion,” Hegar told The Texas Tribune. “But starting with $27 billion, plus, oh by the way, we got a nest egg over here of $13.6 billion. That’s unprecedented.”

The massive revenues are largely a result of inflation and the Russian invasion of Ukraine, both of which have hurt Texans shopping at grocery stores, filling up their vehicles with gasoline and paying their home energy bills.

Sales taxes are the primary driver of state revenues, so Texas coffers benefited from elevated prices of goods over the last year. The other main revenue stream for Texas is oil and gas production taxes. After Russia, one of the world’s top natural gas-producing countries, launched the war in Ukraine in late February, many countries, especially in Europe, have tried to wean off importing Russian energy. That has caused the price of oil and natural gas to skyrocket globally, and Texas is a top oil and gas producer.

“Most of that [increase] on [oil and gas] tax is based on oil and natural gas prices, not necessarily an increase in production,” Hegar said. “While production has slightly gone up, most of that is price-induced.”

The “staggering” amount of oil and gas production taxes collected by the state will help give lawmakers a variety of spending options.

The extra funds represent an ironic benefit for Texas’ top leaders: For months, they have been blasting President Joe Biden over inflation and gas prices. Now, those trends will give them an unprecedented amount of money to spend on their priorities in 2023.

When asked how lawmakers should spend the money, Hegar recommended funding water infrastructure, road infrastructure and broadband internet connectivity. A panel of lawmakers this week asked Hegar for recommendations, and Hegar also mentioned a need to address rising property taxes and increase pay for state employees, especially since Texas is growing by 1,000 people per day.

“Making sure that we have good, qualified employees and can retain them,” Hegar said of the need to increase pay for government staff. “Because you have to have a healthy state government to operate.”

Hegar has pushed some of these issues for years, and his recommendation to invest in water infrastructure comes as 75% of the state is in an extreme drought.

“Moody’s considers 203 of our 254 counties at high risk for scarce water resources, a risk mitigated through Texas Water Development Board water financing programs,” Hegar wrote ahead of the 2021 legislative session in a column published in the Dallas Morning News.

The state’s top elected officials, meanwhile, have already set their sites on cutting property taxes in 2023. Gov. Greg Abbott, Lt. Gov. Dan Patrick and House Speaker Dade Phelan, all Republicans, have already said they plan to use $3 billion in COVID relief funds on property tax reduction. The incoming tax windfall will give them even more to spend on cutting taxes if they wish.

While Hegar said his revenue estimate will be revised before lawmakers convene at the state Capitol in January 2023, he said the state’s revenues will likely remain high because of ongoing inflation, which he said is a result of “last year’s stimulus programs and savings accumulated during the pandemic when normal spending activities were curtailed” as well as “unresolved supply chain disruptions and labor force participation still remaining below pre-pandemic levels.”

That, coupled with spikes in oil and natural gas prices after the Russian invasion of Ukraine, will still likely result in record-high revenues for lawmakers to spend next year.

But Hegar cautioned that lawmakers have a Constitutional spending limit, which could constrain them.

“There’s going to be more money than they can spend, which normally is not the case,” Hegar said, adding that the limit is based on a formula that factors in the state’s population and inflation.

Lawmakers can void the cap by a two-thirds majority of each chamber — the House and Senate — voting to eliminate it.

“I’ve not seen a Legislature yet that’s willing to do that,” Hegar said.