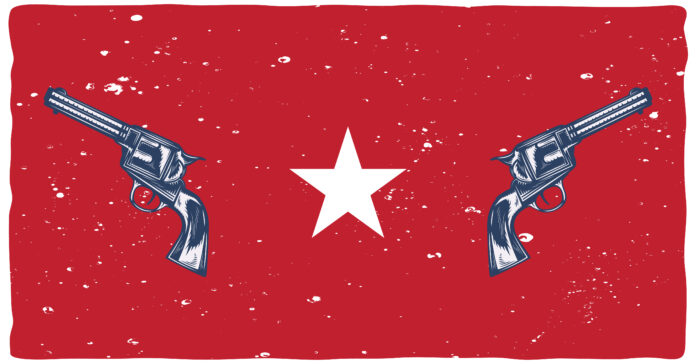 No one really knows how many people are fatally shot by police in America each year, but it’s clear that the official numbers are undercounts.

Across all the states and the thousands of counties and municipalities, there is no one single federal requirement for police departments and sheriff’s offices to report when their officers fatally shoot someone. Some do it some of the time, some do it none of the time, and none do it all of the time.

According to an extensive report in The Washington Post, Texas has 60 percent of its shooting incident information missing. This is contributing to a marked dissonance in official totals. The FBI’s data shows that fatal shootings by police are on the decline. The Post’s own record keeping shows the exact opposite. By their estimate, more than 2,000 fatal shootings are missing from the FBI’s report.

The Post’s numbers are reflected in the work of Eva Ruth Moravec of The Houston Chronicle. She found that at least a dozen fatal shootings by police that were required to be reported by a state law passed in 2017 had not been. The law made it mandatory for law enforcement agencies to report police shootings and issued a $1,000 a day fine for non-compliance, but even with the penalties shootings either slip through or simply are not reported.

The subject of fatal police shootings became a national story during the Black Lives Matter movement. The Washington Post’s report also shows that people of color are more likely to be undercounted in the statistics and in fact make up double the number of victims as whites.

Though many police departments, such as Dallas, do publish public reports on the number of shootings, the data is often flawed. The task of tracking every shooting has fallen to journalists, who carefully comb through reports to build databases like The Washington Post’s.

Earlier this year, President Joe Biden signed an Executive Order that mandates better data collection for federal law enforcement, and which allows the government to withhold grant money from state and local agencies that do not follow certain reporting protocols. However, the order cannot mandate that every police shooting be reported to a central database. To do that would require an act of congress.

The problem is rampant outside of gun violence as well. The Texas Rangers, who are responsible for the safety of prisoners in Texas jails, have a history of laziness when it comes to investigating deaths in custody. Multiple incidents where prisoners were asphyxiated by guards received no investigation into the officers’ conduct, and often blamed non-factors such as a history of drug use for the deaths.

In the end, it’s almost impossible to know the full scale of the problem when it comes to how many people are killed by Texas police. What we do know for absolute certain is that the officials numbers for both shootings and deaths by other means are not accurate. They will stay that way until a law requiring it is passed.