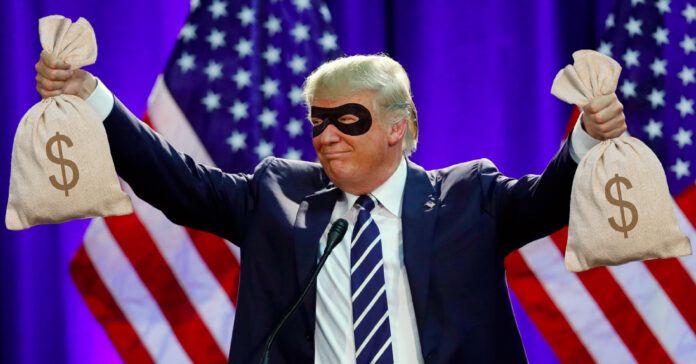 Alan Futerfas, a lawyer for the Trump Organization, said the verdict would be appealed.

Here are some of the way in which prosecutors said the company and executives cheated on their taxes.

– The Trump Organization gave executives free, cheap and reduced-rent apartments that were not reported as income.

– Bonuses were paid as if executives were independent contractors, not salaried employees.

– Trump himself signed bonus checks from his Mar-a-Lago club in Florida, the Trump International Golf Club in Florida, and other Trump entities that could benefit from the deductions. Trump was not charged in the case and has called it politically motivated.

– The Trump Organization leased luxury cars for executives and their wives.

– The company paid for beds, TVs, carpeting and furniture for the Florida home of Chief Financial Officer Allen Weisselberg, and for utilities, cable and parking garage fees in Manhattan.

– Trump himself paid the private school tuition for his chief financial officer’s grandchildren.

– Checks were made out to an employee in the mailroom to cash and were booked as “Holiday Entertainment” but given to the CFO for personal tips.

– Tax statements were issued that did not disclose executives’ Manhattan living quarters so they did not pay city taxes.

– The scheme was a way to limit raises, while giving executives more money.

(Reporting by Karen Freifeld;Editing by Noeleen Walder and Leslie Adler)