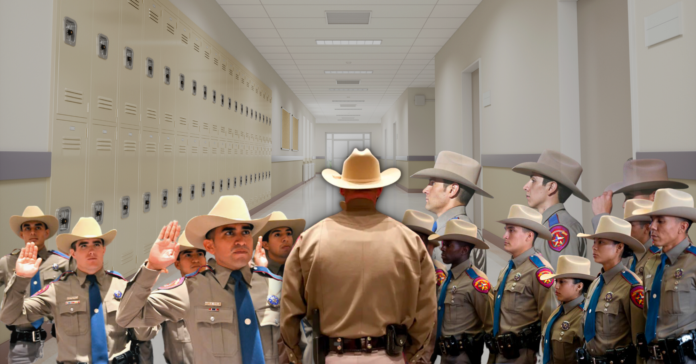 More than a dozen troopers with the Texas Department of Public Safety waited idly by in the hallway during a gunman’s rampage that killed 19 children and 2 children at Robb Elementary School in Uvalde.

The response to the deadliest school massacre in Texas history “has been full of misinformation and outright lies from our government,” said State Sen. Roland Gutierrez.

Since the shooting, Gutierrez has repeatedly criticized state officials over their rapidly shifting account of the chaotic and bungled law enforcement response.

“We’re supposed to be the big bad-ass cops in the region,” Gutierrez said of the DPS troopers. “What happened here? Where were they situated in that building, and what time did they get there? When it came to protecting our children, we failed.”

DPS Director Steven McCraw has described the police response in Uvalde as an “abject failure,” turning the blame away from his troopers to their scapegoat: Chief Pete Arredondo.

“The only thing stopping a hallway of dedicated officers from entering rooms 111 and 112 was the on-scene commander, who decided to place the lives of officers before the lives of children,” McCraw said in a hearing on Tuesday.

However, Guiterrez has questioned this assertion that Chief Arredondo was definitively in charge, arguing the “narrative of being the incident commander was thrust upon this guy by DPS in the aftermath.”

He said he found it “odd” that McCraw said DPS, which had 91 officers on site, couldn’t legally take command of the response.

McCraw himself has told reporters that police in Texas are trained not to wait for orders to neutralize an active shooter.

“When there’s an active shooter, the rules change,” McCraw said. “You don’t have time. You don’t have to have a leader on the scene. Every officer lines up, stacks up, goes and finds where those rounds are being fired at, and keeps shooting until the subject is dead. Period.”

So, why did the state troopers on the scene automatically defer to a school district officer?

“Why weren’t the decisions made by the most superior police force on-site?” asked Guiterrez. “How then did everybody just jump on and make (Arredondo) the incident commander? It just doesn’t follow.”

Guiterrez is desperate for more answers and on Wednesday sued the DPS, alleging the agency violated state open records law by denying his request for documents related to the shooting.

According to The Houston Chronicle, in his petition, filed in Travis County, Gutierrez said he asked McCraw for a ballistics report and “any document or report that details the police and DPS presence” at Robb Elementary School.

DPS has not responded to his records request, nor has the agency sought a ruling from the attorney general’s office on whether the information is exempted from public disclosure.

In a statement on Wednesday, Gutierrez said the State of Texas has completely failed to provide the community of Uvalde with truthful answers.

“Weeks have come and gone, and yet families who lost their children have not been told by their government the basic information about who was on site as their children bled, what tools were at their disposal to stop the gunman, and exactly why they decided to wait instead of act.”