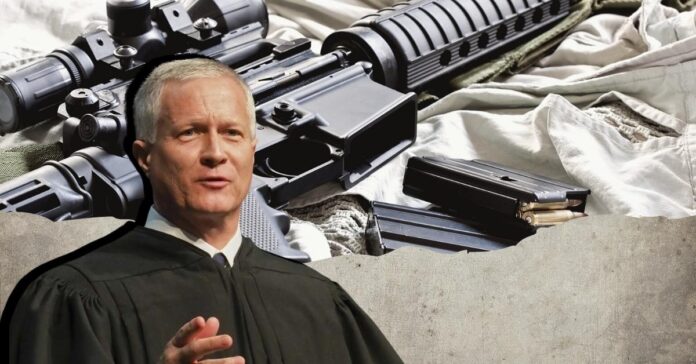 The sentence is based on the Supreme Court’s ruling in New York State Rifle & Pistol Association vs. Bruen, written by Justice Clarence Thomas. In that rule, Thomas said going forward, the courts should uphold gun restrictions only if there is a tradition of them in U.S. history. Counts said he found no such history for limiting access to guns for those charged but not convicted of felony crimes.

This Texas case originated when José Gómez Quiroz, a man with charges of burglary and missing court dates, tried to buy a semi-automatic pistol. He denied he was under indictment on his background check form, and, after a seven-day wait for approval, picked up his new gun. The federal system then detected that the purchase was illegal. Gómez was convicted the same day as the Supreme Court ruling so he appealed saying that the New York rule invalidated the law he broke. Judge David Counts agreed.