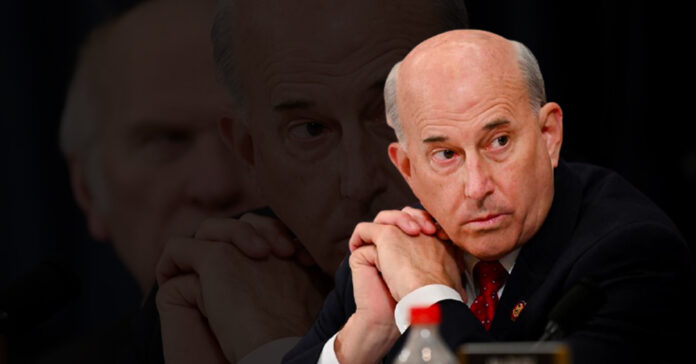 The U.S. Capitol Police – in a Special Event Assessment dated Jan. 3, 2021 – flagged potential danger stemming from comments made by Rep. Louie Gohmert (R-Texas) in the lead-up to the Jan. 6 insurrection, according to reporting by POLITICO.

The assessment cites the potential danger posed by the protests against President Joe Biden’s victory in the 2020 presidential election, specifically toward lawmakers and law enforcement officers. It also reports that the White House actively assisted with rally plans set for the Ellipse on Jan. 6, as well as Gohmert’s attempt to sue then-Vice President Mike Pence to overturn the election results.

The intelligence report states, “In an interview Friday evening on pro-Trump news network Newsmax, Representative Gohmert claimed that letting the will of the voters stand would ‘mean the end of our republic, the end of the experiment in self-government,’” the assessment reads. “Representative Gohmert then seemed to encourage violence as a means to this end. ‘But bottom line is, the court is saying, ‘We’re not going to touch this. You have no remedy – basically, in effect, the ruling would be that you gotta go to the streets and be as violent as Antifa and BLM.’”

After receiving criticism, Gohmert released a statement saying he had “not encouraged and unequivocally do not advocate for violence.”

According to A.J. Swinson – a spokesperson for Gohmert – the Texas representative’s remarks inciting violence were simply taken out of context. Swinson went on to say the Capitol Police assessment promotes fake news and injustice.

Furthermore, the document explains that Trump supporters’ “sense of desperation and disappointment may lead to more of an incentive to become violent.”