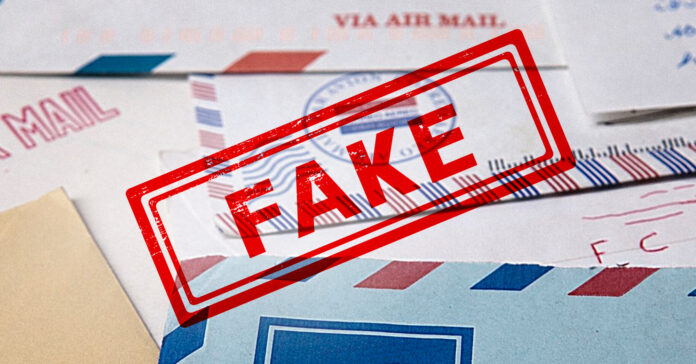 Any exploration of the extremely online reactionary alt-right will show that they love to pull ridiculous hoaxes to try and embarrass harass people on the left. The latest of these is a real doozy from fake Black Lives Matter activists in the wealthy Highland Park section of Dallas.

It started with FedEx letters sent to people in the mostly white neighborhoods from a group called Dallas Justice Now. The letters encouraged white parents to pledge not to send their kids to Ivy League schools so as to make room for Black students. One Dallas resident, Casie Tomlin, immediately felt that something was off about the inquiry and tried to find out more. She donated some money and tried to contact the group for more information, only to find herself doxxed and labeled a white supremacist on the group’s website for “failing to sign the pledge”.

Dallas Justice Now is a con linked to the right-wing public relations firm Arena. A prominent ethics professor announced to be joining the group denounced the whole thing as a lie. Far-right media such as Tucker Carlson and Matt Walsh immediately took the bait and declared that out of control BLM activists were waging ideological war on the white residents of Dallas.

It’s part of a long grift that has gone mainstream in the Age of Trump. Previously, these stunts were limited to 4chan and Reddit operations. One prominent example as a fake crusade in 2017 when a fake Antifa group threatened to pull down the statue of Sam Houston located in Hermann Park. The group was a completely made-up entity with no connection to any active anti-fascist activists operating in Houston. Nonetheless, the hoax duped local news and helped spread the idea that the left was wreaking havoc.

Unfortunately, what was once the domain of internet trolls has since become actual protocol. Last year, the New York Times did an impressive investigation of similar stories that were launched at the behest of political action groups. It turns out that former TV reporter Brian Timone has built a vast network of local news outlets like Dallas City Wire and Dallas Express willing to regurgitate this kind of fake stories in the name of furthering right-wing scaremongering agendas.

Stories showing Black Lives Matter as a radical group bent on oppressive white people are big business in the conservative media sphere and crucial to fighting equality efforts in legislatures. The stories appear in local reporting, lending credibility to them, and they are picked up by the pundit shows as well as outlets like Epoch Times and Daily Mail. From there, the disinformation is spread like wildfire through social media, further radicalizing people against social justice causes.

As activist networks like Black Lives Matter consistently fail to become the bogeymen that pundits like Carlson portray them as, fronts like Dallas Justice Now show up to provide the evidence bigots were looking for. The network that Timone has built is especially active in Texas as it grows increasingly into a swing state. It’s on consumers of information to be on the lookout for stories, even from trusted local news sources, that might be a slick right-wing hoax out to sway public opinion.