Home Public Safety Labor Day: What Is It And Why Do We Celebrate It?
Facebook
Twitter
Email 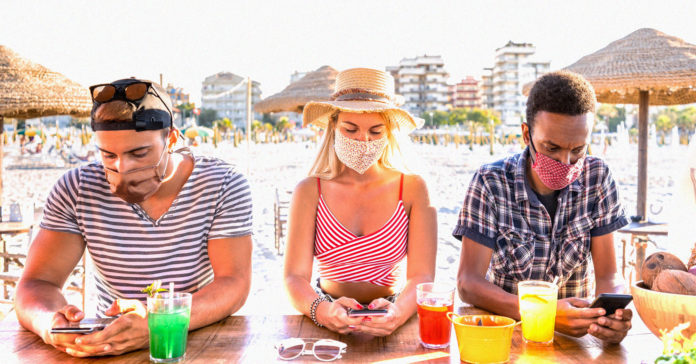 Today we celebrate Labor Day, which marks not only the end of summer, the return to school, and an invitation to gather for picnics with every possible safety measure, but also the commemoration of a historical struggle waged by the workers of this country, in defense of labor rights.

The origin of such struggle, recorded at the end of the 19th century, was carried out in vindication of the infamous working conditions, which had subjected workers -often children as well- to precarious and degrading situations.

Within this needed battle, New York was the spearhead of the country where union movements made their voices heard, establishing Labor Day as a holiday -the first Monday in September- but also laying the foundations for the implementation of labor rights laws.

Many important strikes were carried out in many factories across the countries, such as the one that took place in the Pullman Palace Car Company, where workers shut down railroads in twenty-six states. The strikes were met with federal troops, and as a consequence, thirty people died before President Grover Cleveland signed Labor Day as a federal holiday in 1894.

As reported by The Hill, It would be forty years before Congress offered working people more than a holiday. The New Deal included promises of a basic standard of living and genuine rights on the job through the 1935 Social Security Act, 1935 Wagner Act, and 1938 Fair Labor Standards Act.

However, those laws, like so much of the New Deal’s celebrated legislation, didn’t protect agricultural, domestic, and public-sector workers, who then and now were overwhelmingly people of color.  It took Congress another 30 years to pass the storied guarantees for civil, voting, and immigration rights that enabled even more people to take Labor Day off to shop, grill, or get young kids ready to learn, not to work since the Fair Labor Standards Act had finally prohibited child labor.

A not-so-known fact of Labor Day, according to NPR, is that the Department of Labor, which was created after Labor Day already existed as a holiday, was the first department led by a woman: Frances Perkins. Perkins helped lead President Franklin Roosevelt’s administration through changes in labor policy after the Triangle Shirtwaist Factory fire in 1911, in which 146 people died.

In addition to commemorating a historic movement that is gaining even more relevance with time, Labor Day remembers the brave men and women who lost their lives to guarantee better conditions for workers everywhere, a fight that not only needs to be remembered but continued.