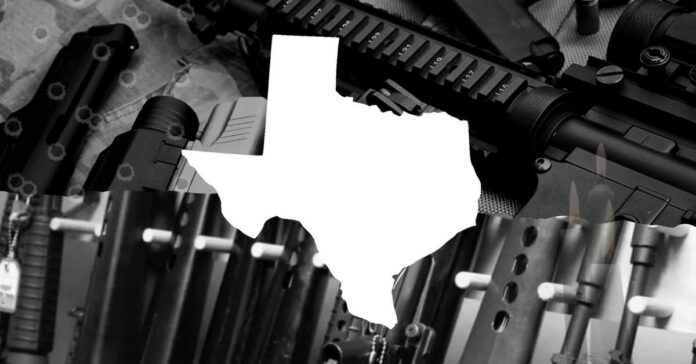 As Texas continues to loosen gun restrictions, the state leads the nation in total firearm deaths, and by a lot.

Using data from the Centers for Disease Control, USA Facts laid out a grim set of statistics showing the rate of firearm deaths has greatly accelerated in the nation, even since just 2019. Total firearm deaths, including suicides, reached 45,222 in 2020, a 14 percent increase from the year before.

The report includes a state-by-state breakdown in raw numbers rather than percentages, meaning some additional math is needed to give things context. Even then, the numbers for the Lone Star State are shocking.

In fact, most of the states considered “gun friendly” tend to have runaway firearm death rates by percentage, though by that measure Texas ranks near the bottom.

By contrast, the states considered the least “gun friendly” due to the most gun control laws  tend to have far lower percentages.

Only Illinois and Maryland come close to Texas in terms of firearm deaths by percentage, likely as a result of half the guns recovered from crime scenes being imported from nearby states with less restrictive laws in Illinois and two-thirds of them in Maryland.

While it may seem disingenuous to include suicides in the firearm deaths being measured, the fact is that easy access to guns, specifically handguns, is closely linked with higher suicide rates and more successful attempts. A Stanford study found that men who owned hand guns were eight times more likely to die from suicide than those who didn’t, and women were a whopping 35 times more likely. The study covered 26 million people over a 12-year period.

The easier it is to get guns, the more people tend to die from them. That’s what the numbers show.