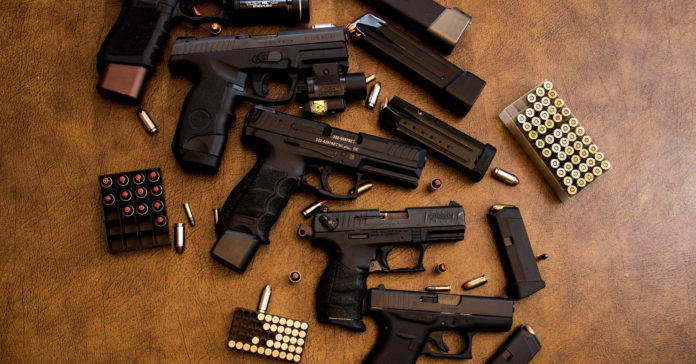 Texans will be able to carry handguns in public places without a license, if a new bill, HB 1927, gets signed into law. It passed the House 84-56 on Thursday.

House Bill 1927 was authored by Rep. Matt Schaefer. The measure mirrors a practice found in 20 states, and it’s known as a “constitutional carry” law. The bill allows anyone 21 and older to carry a gun in public without having to pass a training class or hold a permit. The bill does not apply to anyone with a criminal record.

“This bill should be called ‘common sense carry’ because this law is about common, law-abiding citizens being able to carry commonly owned handguns in common public places for the common reason of personal and family protection,” said Rep. Schaefer.

Amidst the large number of recent mass shootings happening in the nation, including Texas, Democratic President Joe Biden has been pushing for tighter gun restrictions.

The bill was discussed for about seven hours, and more than 12 amendments were proposed. Many gun-laws advocates sat in the House Gallery including members of Moms Demand Action and Gun Owners of America. Democrats wore red ribbons on the House floor out of respect for victims of gun violence.

The bill will now be sent to the Texas Senate, where they must also vote to pass it in order to become a law.

State Rep. Joe Moody, D-El Paso, tried to pass an amendment to strike the enacting clause of the bill, but the amendment failed by 16 votes.