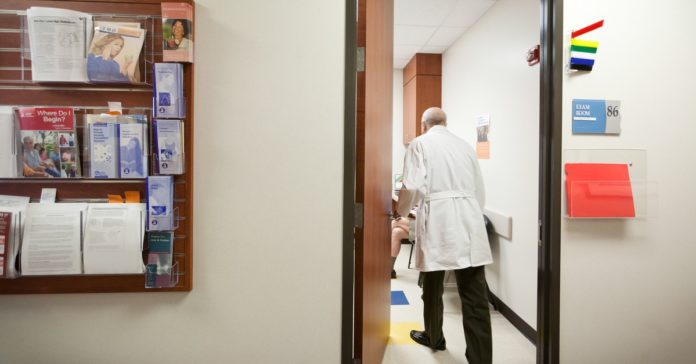 The Biden Administration on Friday rescinded approval of changes to afederal funding agreement, known as a 1115 waiver, that would have extended for 10 years Texas’ health care safety net for uninsured residents — potentiallyteeing up a new round of negotiations about the existing waiver which expires in 2022.

The previous administration “materially erred” in granting the extension without a “normal public notice process,” according to a Friday letter from the Department of Health & Human Services. Withdrawing it “is necessary to avoid uncertainty and adverse consequences,” and federal authorities “stand ready to work with the state” if it wishes to extend it beyond next year, the letter said.

The Washington Post, citing two federal health officials, said the decision was a bid to push Texas toward expanding Medicaid.

The 1115 waiver reimburses hospitals for the “uncompensated care” they provide to patients without health insurance, and safety-net hospitals have relied on it to serve poor, uninsured Texans. It also pays for innovative health care projects that serve low-income Texans, often for mental health services.

The extension approved in the waning days of the Trump administration would have continued hospital reimbursements until September 2030, but allowed the innovation fund to expire this year.

The earlier waiver is still in effect and won’t expire until 2022, according to Friday’s letter.

The state’s rationale to get out of the normal public notice and comment process was that health care providers needed financial stability to prepare for and respond to the coronavirus pandemic, the letter said. But the state’s request in part did not “meaningfully explain why the extension request addressed the COVID-19 public health emergency or any other sudden emergency threat to human lives,” it said.

Texas is one of a dozen states that have not extended Medicaid to cover more low-income adults.

“The State of Texas spent months negotiating this agreement with the federal government to ensure vital funds for hospitals, nursing homes, and mental health resources for Texans who are uninsured,” he said.

The announcement comes as some state lawmakers are pushing to broaden Medicaid coverage, though bills to do so have so far failed to pass either chamber.