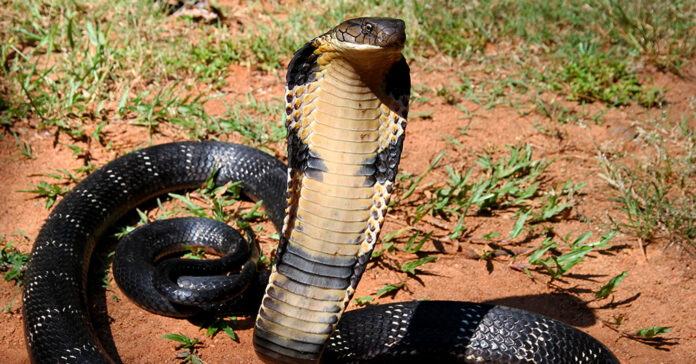 Last February, a Dallas man negligently released his West African Banded Cobra. Police arrested him on February 9 for violating the “release from captivity” law under the Texas Parks and Wildlife Code.

The regulation states that a person cannot “intentionally, knowingly, recklessly, or with criminal negligence, release or allow the release” of certain snakes. Texas regulates non-indigenous venomous snakes and some constrictors.

Owners of exotic snakes require special permits to care for them.

Lawrence Matl, the owner of the snake, is in a detention facility with bond set at $10,000. He faces a $4,000 fine and a year in prison. Matl explained the snake escaped due to a “caging malfunction,” according to CHRON.

Officials have not yet found the deadly snake, which has a neurotoxic venom.