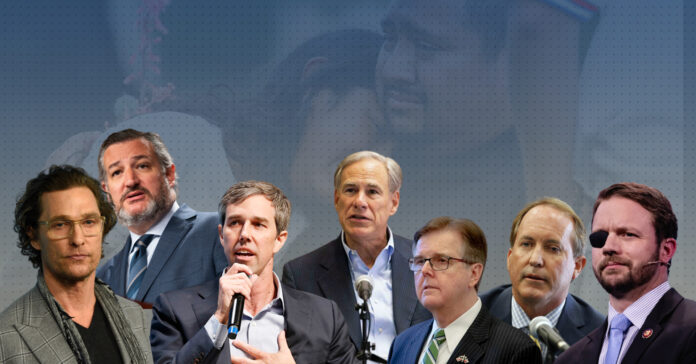 After the Texas school shooting that killed 18 children and one adult on Tuesday, several Texas officials responded to the tragic event.

Texas governor Greg Abbott reported the official numbers after the shooting and explained that the perpetrator was deceased, apparently in the hands of the police. Shortly after, he was scrutinized on social media after he posted his condolences for the victims in a tweet shortly after the shooting. He expressed that he was grieving with his wife for the situation and published an official letter.

Abbott has been criticized since he has made it clear since he started his political career that he is a conservative that is pro-gun and that has even encouraged Texans to go and buy guns. It is a big part of his campaign, continuously supporting the NRA and impulsing the “freedom” of owning a gun.

He was also the one that signed the law in 2021 that allowed Texans to buy guns without any background check, license, training, or permit beforehand. It remains one of the states with the loosest laws regarding guns and Abbott has played an active role in keeping it that way.

Attorney General Ken Paxton, who just won the GOP nomination for reelection despite being under an FBI investigation, also took to Twitter to express his condolences for the families, asking everyone to collectively pray for them.

Again, Paxton is also behind Abbott in the making of laws that have made it so easy for Texans to access guns. Yet no mention of gun regulation, or the public security crisis that guns have shown to be in spaces like schools, where it is becoming more common for kids to be scared and for parents and teachers to have to teach them safety protocols.

Dan Patrick, republican and conservative radio talk show host and lieutenant governor of Texas since 2015, shared on his profile a snippet of an interview he had with Tucker Carlson on Fox News regarding the event. No mention of gun control, or the risks of loose gun regulation laws. All he stated was that the nation had to unify and believe. To pray collectively and hope that that is enough to scare what he calls an “evil” that is looming over the country and is causing these devastating events.

No need to talk about the correlation between poor gun control and the increase in mass shootings, or how the United States has more homicides by firearm per 1 billion people than countries with similar economies like Switzerland, Belgium, Germany, or New Zealand. To politicians like Patrick, all society has to do is reinforce their faith in God to stop this pressing issue.

U.S. senator for Texas Ted Cruz retweeted a public statement he made on video for NBC News. He claimed he was grateful for the law enforcement who acted accordingly to control the situation and stated that this unspeakable crime left him, his family, and all of Texas grieving. What was left to do was to pray.

U.S Representative Dan Crenshaw has yet to emit a public statement regarding the shooting. He is also an active speaker on the right to own guns. He even stated in a past PBS podcast episode that gun regulations as a response to mass school shootings would be useless.

Senator John Cornyn made a statement on Twitter similar to his colleagues Greg Abbott and Ken Paxton: the entire state is mourning, and what remains is to pray for the families and the victims. He also expressed gratitude to law enforcement and medical staff for doing their work.

It can’t go unnoticed that the National Rifle Association will hold its annual convention in Houston next Friday. Powerful politicians like Greg Abbott, Dan Patrick, Dan Crenshaw, and Ted Cruz are still attending, even after the shooting and their supposed outrage and shock at the situation. John Cornyn is the only one who was planning to go but canceled his attendance after the event.

The democratic candidate for the upcoming election for Governor of Texas explicitly stated that politicians like his adversary Greg Abbott and Ken Paxton, along with the NRA, are to blame for these situations to continue to happen on such a big scale.

O’Rourke has made proper gun control and regulations a big part of his campaign. He is not against Texans owning arms but has presented proposals including bringing back background checks and the strict protection of guns within homes, so it is harder for someone not apt to use them.

He also called out Greg Abbott and publicly announced that he should not attend the NRA convention due to the event.

Actor and a once possible candidate for Governor of Texas, Matthew McConaughey published a letter on his social media regarding the event, which he stated struck a chord in him due to Uvalde being his hometown. He asked Americans to take a look in the mirror and reevaluate their actions as a solution.