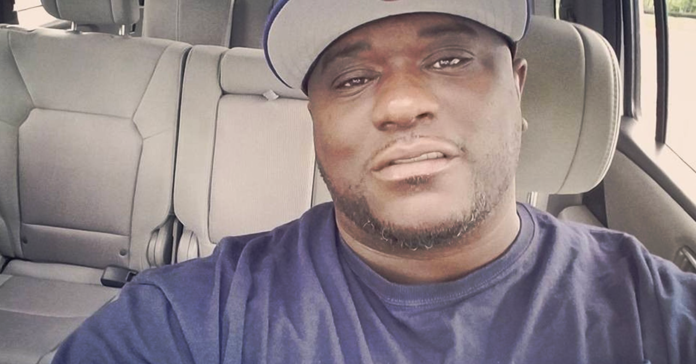 The words “I can’t breathe” have surfaced again in a just-released video of another African American who died at the hands of police. This time, it happened here in Texas.

Javier Ambler died a little over a year ago after being tased four times by police in Williamson County near Austin. A video crew with the reality TV show “Live PD” was with police filming at the time. That video has not been released, but the police bodycam footage recently surfaced. On that video, Ambler can be heard telling officers he has a heart condition and cannot breathe.

“Another unarmed black man was killed by police in America. This time it was our neighbor. This time it was followed by 15 months of secrecy. This time it was filmed by a TV crew for entertainment,” stated State Rep. James Talarico (D-Round Rock) in a news release issued Tuesday. “His name was Javier Ambler, and he deserves justice. I call on Sheriff Chody to resign, but this problem does not begin or end with him. Our system of policing is deeply broken.”

Three of four Williamson County Commissioners and the Texas Democratic Party are also calling on Robert Chody to resign.

“Another unarmed black man was killed by police. The fact that Javier was killed while a reality show camera crew filmed the interaction sickens me,” stated TDP chair Gilberto Hinojosa in a news release. “The fact that Sheriff Chody allowed this to happen and then fought for 15 months to cover it up is inexcusable. Black lives matter, and Sheriff Chody must face the consequences.”

On Monday, Travis County District Attorney Margaret Moore tweeted about her frustration with the investigation, indicating she has been stonewalled regarding release of the TV crew footage.

In a statement to KXAN-TV, WCSD expressed willingness to participate in Moore’s investigation and claimed they had not been contacted by the D.A.

“Any attempt to say we have slowed or otherwise impeded the investigation is absolutely false,” the department’s statement said.

A&E Networks has disclosed that the “Live PD” footage has been destroyed, USA Today reported Wednesday.

Williamson County has canceled any further cooperation with the TV show.

Ambler led police on a 20-minute car chase before being taken into custody and dying. An internal affairs investigation reportedly determined officers had done nothing wrong. There have been no charges filed.

There has been no reaction from Gov. Greg Abbott or Texas’ other top elected officials.

The video of Ambler’s death surfaced in the same week that Texans were paying respects to George Floyd, a Houston man who died while a Minnesota police officer was kneeling on him for almost nine minutes.