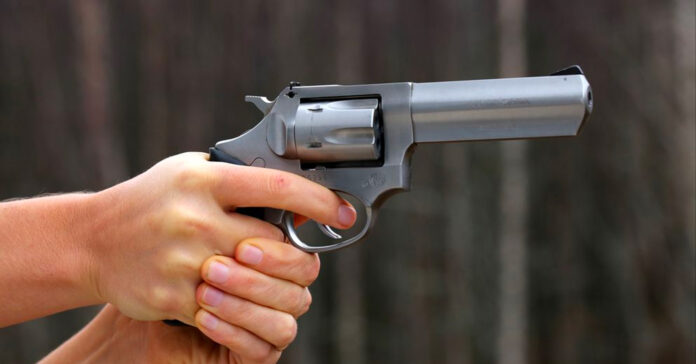 One of the most controversial laws to pass in the Texas legislature this session was the one that did away with the need for people to be licensed to publicly carry handguns without licenses or training. Now that’s it’s set to become law, what will happen?

It is obviously impossible to know the future, but from the beginning, law enforcement was firmly against the bill. Input from officer groups during the legislative process repeatedly pointed out that the bill would make it more difficult to determine who was armed with malicious intent and who was not when it came to making judgments in public. Some changes were made in the Senate version that removed a prohibition against law enforcement questioning armed people.

Even with those minor changes, cops are concerned. McKinney City council member Frederick Frazier, who has often championed the side of law enforcement, testified against the bill. He told WFAA that he tried to get lawmakers to understand that putting more armed, untrained people on the streets is a recipe for accidents.

“There is no training,” he says. “So those ceiling shooters are going to be the people carrying the gun and where that bullet goes, who knows? Because there’s been zero training and zero background check, that’s a recipe for disaster.”

There has been a considerable amount of study on the issue of permitless carry and very little of it makes the practice appear like a good idea. For instance, it tends to drop enrollment in gun safety courses now that they are no longer necessary for carrying. Democrats in the legislature tried to mitigate this with bills making licensing free and courses more accessible. However, it’s a certainty that some people simply will not bother.

A report from the Urban Institute in 2019 showed that five out of seven gun trainers reported a marked decrease in enrollment in safety courses following the passage of a similar law in Kentucky. In addition to the obvious problem of having untrained people armed in public, the report concluded that the lack of enrollment would also negatively gun owners.

“Stakeholders emphasized that permitless carry laws are complex, particularly when considered in context with other state and federal gun laws, rendering them difficult to interpret,” it said. “When permits and training are no longer required, people who carry guns may inadvertently expose themselves to serious consequences if they inadvertently violate the law.”

This is true for the Texas law as well. The permitless carry bill did not throw all gun control out of the window. There are still a host of regulations that apply, such as restrictions on age, criminal record, and whether the person is chemically dependent for mental health. Without enrollment courses, it’s possible that people carrying will find themselves violating laws they did not know were there.

There is also the fact that lack of training could lead to more mass shootings. After sharply declining in 2020 due to COVID, mass shootings are already on the rise again. As of May 27, there have already been 247 mass shootings in America, and Texas is second only to Illinois in having the most. Contrary to popular belief, handguns are by far the most used weapon in mass shootings, not rifles, and handguns are the weapons specifically protected in the permitless carry law.

It is worth noting that more than 80 percent of weapons used in mass shootings are purchased and carried legally, and removing yet another barrier between a potential shooter and their ability to be armed in public is probably not going to make the danger any less. Many gun advocates argue that the presence of other armed people can serve as a deterrent or protection in those cases, but the numbers do not back that up. Out of more than three hundred mass shootings in Texas, only ten were stopped by a civilian with a gun, and all of them had some form of security training. Untrained, armed people are just as likely to put a bullet into an innocent bystander as they are to stop a shooter.

Teenagers Seized With An AR-15 At Texas High School