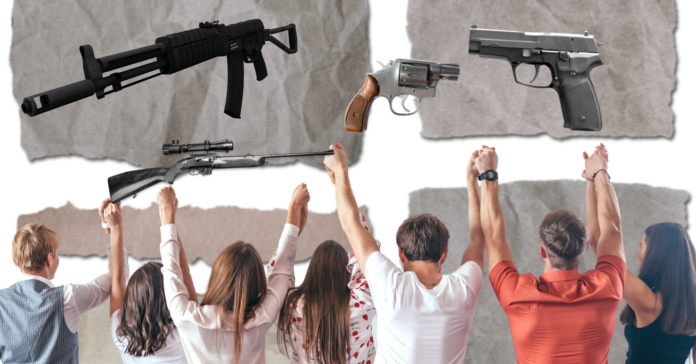 A Texas Politics Project at the University of Texas at Austin, poses a very important question: How can there be so much disconnect between Texans’ sentiment towards guns and the state’s increasingly lenient public policy toward gun ownership?

In the past decade, they have been polling Texas voters on the topic and it turns out most Texans favor stricter gun control laws. However, in the past years, the Legislature has only loosened the state’s gun laws. What leads to this brazen ignorance from part of the GOP?

Their answer is simple, an election system that is broken.

“An election system that prioritizes the policy positions of a relatively small slice of the state’s most conservative voters who dominate Republican primaries through gerrymandering and low-turnout elections,” as stated in  Politico’s analysis.

Their latest poll came in the aftermath of one of Texas’ most deadliest school shootings. It measured a notable spike in support for stricter policies, with 52 percent in favor – up nine percentage points from a prior Texas Politics Project survey in February.

Just 14 percent of voters said they want to further loosen gun policies, while 28 percent said they support the status quo.

Despite this consistent desire for stricter laws, the Republican-dominated state Legislature has continued to advance legislation that “protects” the 2nd amendment right of Americans.

– Giving Texans the right to store firearms in their cars.

– Requiring the state’s public universities to allow those licensed to carry a concealed weapon to be able to do so on campus (including in dorms, classrooms, and campus buildings)

– Allowing anyone over the age of 21 who is not prohibited from owning a gun to be able to carry one in public without a permit or training.

When history has shown us otherwise, can the state’s Legislature crack down on gun policy without shattering the status quo?

According to Politico, it is unlikely that another mass shooting, even one as shocking and sad as what happened in Uvalde this week, will shift the underlying dynamics in how Texans feel about gun laws.