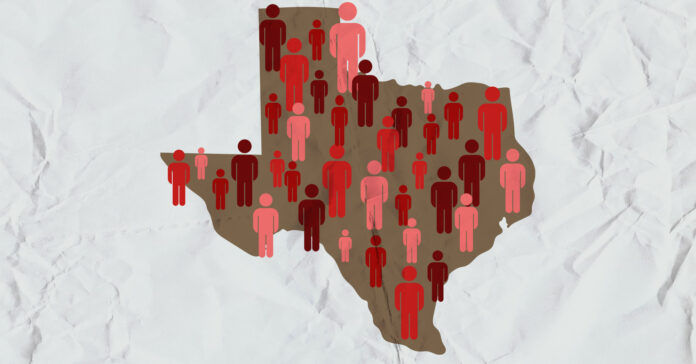 On Thursday, the U.S. Census Bureau said the 2020 census likely undercounted the Texas population by roughly 2 % – which is the equivalent of missing the entire populations of Lubbock, Laredo, and then some.

The once-a-decade national count – that earned Texas two additional congressional seats – was off by about more than half a million residents.

What does this mean?

Many residents were missing from the data used by state lawmakers to redraw congressional and legislative districts to distribute political powers.

It also means that for the next decade, the undercount will directly disrupt​ Texans’ daily lives. Helping the government determine the distribution of millions of dollars in funding and services.

Refusal of the census

The undercount can be directly associated with the lack of funding from Republican leadership. According to The Texas Tribune, while other states poured millions of dollars into census campaigns, Texas left in charge of local governments, nonprofits, and even churches to try to reach immigrants, people living in poverty, and non-English speakers – Texans who have been historically missed by the count.

And to make matters worse, local canvassing and outreach efforts relying on in-person contact were shut down by the coronavirus pandemic.

With just a month left to go, Texas launched a last-minute multimillion-dollar advertising campaign to promote the count using federal COVID relief dollars. The self-response rate for Texas households barely topped 60%, and in the end the Lone Star State remained far behind other states and several percentage points behind the national average.

In the case of Texas, the bureau estimates the undercount could have been as large as 3.27% or as small as .57%.

During the Trump administration’s four-year census saga, for the first time in U.S. history, the census was used to directly ask for the citizenship status of every person living in every household in the country, as reported by NPR.

Many opponents of that citizenship question argued it was intended to depress census participation. Even though under federal law no government agency or court can use personal information collected by the Census Bureau, a long history of distrust has made many minorities wary of telling the government about their citizenship.

Many critics also pointed to a scheme forged by GOP redistricting mastermind, Thomas Hoefeller, the citizenship question would generate data that could politically benefit Republicans and “Non-Hispanic Whites” in state and local elections for years to come.

Following the release of the 2020 U.S. Census, Texas redrew its congressional district maps, benefitting only the Republican-controlled state legislature, even though the census made it clear that 95% of the population growth in the state was non-white.

The new maps, signed by Gov. Greg Abbott hardly, if at all, represented the growing diversity in Texas.

Non-Hispanic, white Texans make up a minority of the population but will control nearly 60 percent of elected seats under the new guidelines.

Remedying the results of the census will not be an easy task, even with the undercount data in hand, and no changes will be allowed for political redistricting, as reported by The Texas Tribune.