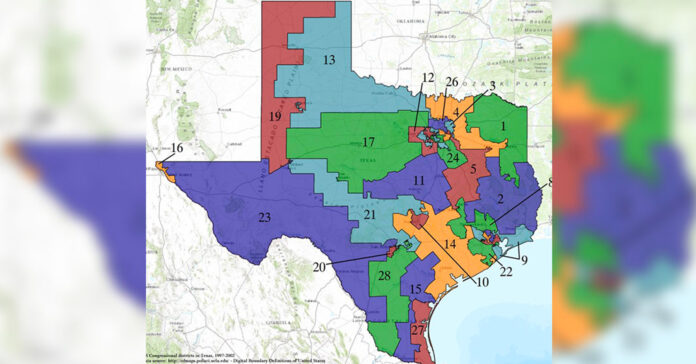 After months of delay and speculation, the results of the United States Census are finally out and Governor Greg Abbott has formally called the special session that will start the fight over where new district lines will be drawn. The process is confusing and bloody, and with control of the U.S. House of Representatives being determined by less than ten seats, the stakes could not possibly be higher. Here’s what to expect.

Texas had explosive population growth in the last decade and is the only state that will gain two new congressional districts. Republicans will be quick to place them in safely red parts of the state, but the matter is almost certainly going to end up in court. Since the Supreme Court struck down major parts of the Voting Rights Act in 2013, the final outcome is even more uncertain.

According to Census data, almost all of the growth in Texas’ population came from non-white Hispanics in urban areas. Houston should at least get one new district considering that it accounted for 200,000 new residents since 2010. Fort Worth saw the second-highest growth as in a candidate for the other, though Austin was not far behind.

Ideally, the new districts should have a Hispanic majority to truly reflect the way the demographics of the state changed. In Houston, an area to look for is the heavily Hispanic Northside, which could possibly cut into Dan Crenshaw’s District 2, one of the most famously gerrymandered districts in the country. In Fort Worth, the most obvious change would be to cut up Marc Veasey’s District 33, a meandering district that butts up against Forth Worth’s most Hispanic neighborhoods without crossing into them.

Realistically, Republicans will avoid these changes at all costs. Two new Hispanic-majority urban districts will almost certainly become Democratic strongholds. Instead, expect Republicans to try and make room in northeastern Fort Worth or possibly along the Memorial corridor in Houston.

This fight is already underway if you assume the rumors of Houston Democrats returning to the House to enable a quorum so they could get favorable treatment on redistricting are true. House District 147 has undergone significant racial changes, moving from Black to Hispanic pluralities. While this almost certainly won’t flip the district red, it may change the structure of the Texas House.

The tightly packed areas are also likely to eat into any number of the House and Senate districts that dominate the outer Houston area. Briscoe Cain’s District 128 would be the most obvious place to put some of the population overflows, but with the young Republican and Trump loyalist currently a rising conservative star, it’s safe to say that he will see a great deal of protection in the process.

Two state senate districts to watch are District 2, north and east of Dallas, held by Republican Bob Hall, and District 30, north and west of Fort Worth, represented by Republican Drew Springer. Both districts are mostly rural and very white. It would not take that much of the urban centers’ Hispanic population to put both of them in jeopardy. How the Republicans will mitigate the demographic damage to their supremacy without running into discrimination is anyone’s guess, but they will definitely try.