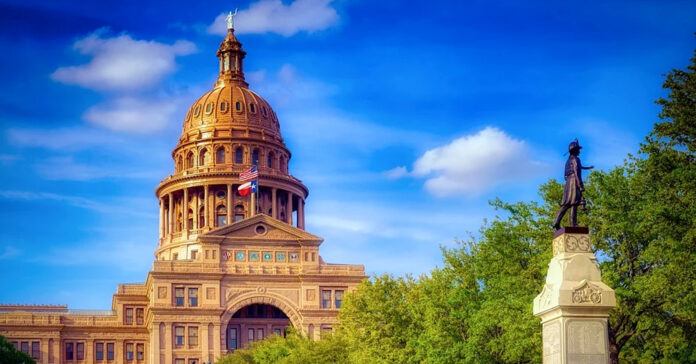 The fight over the state’s controversial congressional redistricting maps continues – and still has a long way to go. Broad efforts are underway to correct what criticis say is voter intimidation and discrimination in Texas as we head into the 2022 midterm elections.

The latest update comes in a lawsuit filed by the League of United Latin American Citizens and several other civil rights groups. On Monday, a federal judge issued a wide-ranging discovery order requiring Texas state lawmakers to turn over documents related to the redistricting plans, as reported by Courthouse News Service.

In a separate case, a variety of civil rights groups are also suing the state over a new election security law, which they say is “designed to intimidate and harass voters.” In May, a different federal judge allowed the case to proceed.

Siding with the groups, the U.S. Department of Justice has joined both lawsuits.

This is not the first time Republican Lawmakers in Texas have faced criticism for diluting the power of minority voters. In 2003, the U.S. Supreme Court ruled that a West Texas congressional district had been illegally racially gerrymandered but otherwise upheld those voting maps. And in 2011, redistricting plans prompted similar controversy – seven years later that legal fight was still going on.

The latest legal fight began after the 2020 census in Texas. Texas gained almost 4 million residents in 2020 and was the only state to get two additional congressional seats. Even though racial minorities accounted for 95% of the population increase, and Latinos 50%, the new maps did not adequately represent these new voters.

In an initial complaint in October, the League of United Latin American Citizens argued that state officials were trying to “unlawfully dilute the voting strength of Latinos.”

In November, the Justice Department also joined those suing state officials, because Texas redistricting plans had raised questions about possible violations of the Voting Rights Act.

Since then, Texas lawmakers have battled against subpoenas, claiming attorney-client privilege, and refused to turn over documents. As a result, the feds say, lawmakers have disclosed “merely one-thrid” of the documents requested in subpoenas.

According to Courthouse News Service, U.S. District Court Judge David Guaderrama, an Obama appointee, sided with the arguments from the DOJ and the civil rights groups, arguing that Texas lawmakers were using overly broad theories of legislative privilege and could not “cloak conversations with executive-branch officials, lobbyists, and other interested outsiders.”

Guaderrama ordered Texas lawmakers to turn over a wide array of documents relating to redistricting, including “talking points” defending the maps.

The order was a win for the DOJ and the civil rights groups. However, state officials still have the advantage of time. In past cases, final rulings have come out years after disputed elections.

“You’re literally dragging the litigation so long that people are passing away,” one lawyer told The Texas Tribune in 2017.