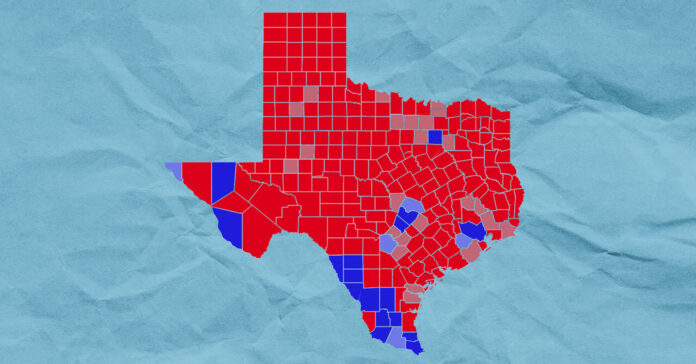 The third special session of the Texas Legislature starts on Monday, and the main goal will be to set the new congressional district lines base on the results of the U.S. Census. However, there’s already been some work done on the subject.

The Texas House Redistricting Committee held its final public hearings on Wednesday. One of the people offering testimony was Rep. Mark Veasey (D-TX 33) who previously served in the state House as a representative from the 9th District. Veasey spoke passionately about the need for proper minority representation in districting.

“I had little name recognition, but I beat two millionaire opponents,” he said. “The population growth has been driven entirely by new minority residents. The two counties (Tarrant and Dallas) grew by half a million, and the Anglo population dropped by 90,000. There’s no justification to use Dallas or Tarrant counties to increase the voting strength of Anglos.”

Veasey’s own district was created as a result of a court order following the last Texas redistricting fight, a battle he was on the front lines for. During that session, Republicans attempted to split up minority neighborhoods in Dallas and Tarrant Counties and tack them onto rural and exurban districts that were dominated by white voters. This resulted in some bafflingly drawn districts. These were later contested in court.

“I had a front-row seat for a fight that was eventually ruled discriminatory… We don’t need to go down that path again,” said Veasey. He then answered a question from State Rep. Chris Turner (D-Dallas) about the impact the previous districts had on minority voters. “Seeing what was done to intentionally undermine the votes of blacks in Texas was very disappointing. House and state leaders systematically targeted and slit apart black and Hispanic neighborhoods in Tarrant County.”

However, there was some tension in Veasey’s testimony that could indicate a future fight between minority voters in the state. He acknowledged the incredible growth of the Hispanic population but cautioned at having their new districts being drawn at the expense of Black neighborhoods when it would more accurately reflect the Census to have them pulled from white-majority districts. He said that since the passage of the Voting Rights Act in 1965, no Black majority district had been broken up.

The appearance of tension between the Black and Hispanic districts came to a head in the final weeks of the previous special session. Three Houston Democrats returned to the House and enabled the quorum which eventually passed the state’s new draconian anti-voting measures. At the time, there were rumors that they had done so to cut a deal to preserve their districts as Black voter strongholds against the surging Hispanic population.

On the Senate said, the process is more opaque. According to the Quorum Report, state senators have already received the proposed maps for the new districts. It’s likely that these maps will be publicly available when the special session starts Monday, but analysis from Quorum Report journalist Scott Braddock implies that Republicans are looking to cement their rule even further.

“Based on various conversations, it sounds like @DanPatrick’s goal is to take it from an 18 to 13 Republican advantage to a 20 – 11 GOP majority,” he tweeted Wednesday.