In the midst of an ongoing conversation about tent cities, homelessness, and whether or not people have a right to sleep on a public street — a new type of food pantry in San Antonio is trying to make sure that Texans are taken care of.

St. Stephen’s CARE Center opened in the West Side of San Antonio on Sept. 9, and unlike typical food pantries — the CARE Center looks and operates like a traditional grocery store.

The center’s clients can peruse the aisles and choose the type of products they will receive, which hopefully will create a feeling of autonomy and dignity, Catholic Charities of San Antonio‘s Christina Higgs told Texas Public Radio.

The CARE Center is one of Catholic Charities of San Antonio’s outreach programs. The center is also set up as a sort of clearinghouse for various services.

Catholic Charities also has clients check-in when entering the facility so caseworkers can asses the clients’ needs and offer services like GED, language, and life skills classes.

Along with food, clients can receive clothing assistance for infants and young children — thanks to donations from the Texas Diaper Bank.

St. Stephen Catholic Church also hopes that the center will serve as a hub for San Antonio’s homeless population during emergencies and natural disasters.

Because of San Antonio’s famously brutal summers, the region averages about 10-12 days with 100-degree temperatures per year, it doesn’t even require a declared natural disaster for the city’s homeless population to be at risk.

Although San Antonio’s largest homeless encampment is about one mile east of the Alamo, at North Hackberry Street and Nolan Street, St. Stephen Catholic Church decided to open its CARE Center about four miles southwest of the iconic landmark.

Catholic Charities chose the west side of San Antonio, specifically the 78207 ZIP code,  because the area has a significant low-income population. Out of the 56,348 people who live within a 2-mile radius of St. Stephen Catholic Church, 92 percent are Hispanic and 60 percent make less than $25,000 per year.

Up to 25 percent of the children served by the CARE Center qualify as “food insecure,” according to a statement Catholic Charities of San Antonio CEO J. Antonio Fernandez gave to Texas Public Radio.

Client-centric food pantries have also started sprouting up in other Texas cities. One of the first food-pantries to focus on restoring client dignity to the assistance process was St. Phillip’s Food Pantry in Dallas. When St. Phillip’s redesigned its service model in 2015 it became an early-adopter client choice.

The idea of allowing people to choose the assistance items they needed proved so successful that within a few years the North Texas social services agency MetroCrest debuted its own self-choice food pantry in the Dallas suburb of  Farmers Branch.

The self-choice food pantry model has also spread to Houston with MANNA’s Food Pantry, which “follows a client-choice independent model,” according to the organization’s website.

Thorough the self-choice model, Mannas is able to provide clients with both perishable and non-perishable food items. Texas nonprofits’ ongoing reevaluation of their food assistance models is putting respect, kindness and human decency back into the recipe. 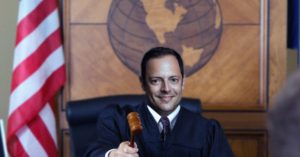