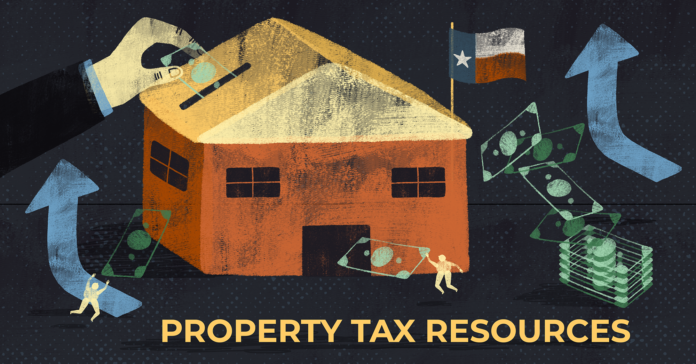 As homeowners across Texas receive their 2020 property appraisal notices, Reform Austin has launched an online resource to help everyone understand how the property tax system works and how much they can expect to pay.

Our calculator provides an estimate of taxes that will be due based on where in Texas the homeowner lives. It will be updated to reflect any changes in tax rates adopted by governmental entities later in the year.

Here are answers to some questions homeowners may have.

Will There be Tax Relief Due to COVID-19?

Many homeowners across Texas have seen their property values increase and are calling for tax relief to offset the financial pain they are suffering due to being unable to work while businesses have been closed to help stem the spread of coronavirus.

As Reform Austin has reported previously, there will be some tax relief thanks to action taken by the Legislature in 2019 to cut school district tax rates, but it will likely be less than property owners are hoping for.

According to April 15 opinion from Texas Attorney General Ken Paxton, there will be no temporary tax relief as a result of the pandemic, leaving the legislature’s previous action as about the only relief Texas owners can expect.

In Paxton’s view, “purely economic, nonphysical damage to property caused by the COVID-19 disaster is not eligible for the temporary tax exemption allowed by the state’s tax code.”

Is Freezing Property Values an Option?

Some local officials have suggested a freeze on property values as a way to provide some tax relief. Fort Bend County Commissioner’s Court has asked the state to revert property appraisals to 2019 levels, claiming only the governor, state comptroller or legislature has the power to enact this option.

In an interview with Dallas-Fort Worth TV station KTVT last week, Gov. Greg Abbott seemed to be holding out hope that the economic downturn Texas has experienced as a result of COVID-19 would result in lower property appraisals, which would mean lower tax bills.

It is clear the governor was wrong because state law concerning appraisals states, “all taxable property is appraised at its market value as of January 1”, which was prior to COVID-19 and the stay-home orders that followed its arrival in Texas in March.

Even when corrected during the interview, Abbott insisted he was right.

“The fact of the matter is values may decline. And if those values decline, the property owner has a right to the lower valuation in the assessment of their property taxes.”

Can I Still Protest my Appraisal During the Pandemic?

Appraisal districts are still allowing owners to protest their property appraisals. The deadline to do so is May 15 — or by 30 days after notice of appraised value is delivered, whichever is later.

Homeowners can file a protest online or by mail. Check your local appraisal district for details.

After filing a protest, you can expect the appraisal district to try to resolve protests via an informal process. If both sides do not reach agreement, a formal hearing before the appraisal review board for your county will be set.

In light of COVID-19, the formal hearings will be conducted by telephone conference call as authorized by the Texas Property Tax Code or by written affidavit. Any evidence must be notarized and submitted to the ARB in advance of the formal hearing.

ARB decisions are binding for the tax year.

Once a value decision is made by the ARB, however, certain dissatisfied homeowners can, if they so choose, request binding arbitration without filing a lawsuit in district court.

As allowed by a new comptroller rule published last year, property tax arbitration hearings can be held over the telephone.

Austin Only Area in the State not Seeing Appraisals Rise

In a surprising and rare turn of events, most Travis County homeowners are not seeing the same increases in appraised values as the rest of the state.

Crigler says her hands were tied when the Austin Board of Realtors issued a cease and desist order prohibiting her from using real estate sales data in calculating property values.

The end result is that about 70 percent of Travis County property owners will see no increase in the value of their homes.

Will My Tax Rate Go Up, Too?

Property tax reforms approved in the last legislative session lowered from 8% to 3.5% the amount cities and counties may raise property tax revenue without an election.

Since Abbott’s disaster declaration in March, there has been debate about whether local governmental entities could exceed that limit during the pandemic.

Arguing to the contrary is the Texas Municipal League, which claims the pandemic gives cities and counties the right to revert to the original 8% limit without an election.

Bettencourt doesn’t expect the dispute to be resolved “until state and local officials have seen the numbers see the extent of the economic and public health damage, and get around to writing budgets and setting tax rates.”

The bottom line is that taxpayers searching for relief still have some options. They can protest their appraisal or lobby their local taxing units — city councils, commissioners courts, school districts and other governmental taxing entities — to not raise property tax rates.