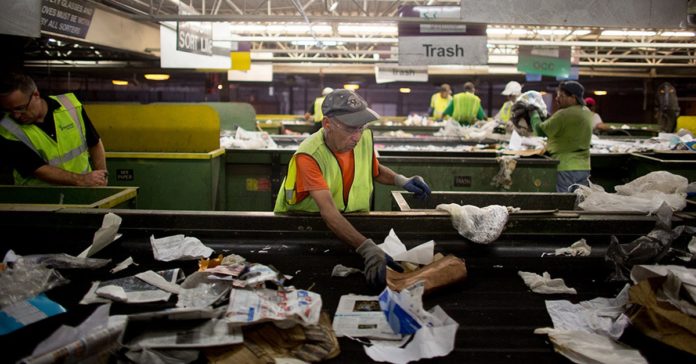 Over the past 10 years, Texas legislators have voted to cut taxes for corporations while freezing education spending, passing the buck to Texas homeowners.

In 2005, the Texas Supreme Court found the Texas school finance system unconstitutional. Legislators were called back for a special session in 2006 to fix it. Part of their settlement included revising a corporate tax, known as the franchise tax, to be another source of revenue for public education.

These changes went into effect two years later in 2008. The tax rate for most corporations was 1 percent, and for retailers and wholesalers, it was 0.5 percent. In the first year, “the franchise tax produced nearly $4.5 billion, 41.6 percent more than 2007 collections under the old formulation.” Of that, $1.6 billion went to public schools.

In 2009, following increased exemptions, the franchise tax brought in under $4 billion and its share of total taxes collected began to drop.

In 2011, the Legislature cut the public education budget by $5.4 billion. This funding has never been fully restored.

In 2013 and 2015, the Texas Legislature voted to reduce the franchise tax rates by 2.5 percent and 25 percent, respectively. The tax rate for most corporations in 2016 was 0.75, and for retailers and wholesalers, it was 0.375 percent. Following the 2015 tax cut, the state collected over $1 billion less in revenue every year, which meant less money for public schools.

In 2018, public schools schools only received $856 million from the franchise tax, an estimated $1.2 billion less than what corporations would otherwise have contributed prior to the 2015 rate cut, according to the Center for Public Policy Priorities.

The system includes an appeal process, called equity appeals, where corporations can pay expensive property tax lawyers to appeal the appraisals on their corporate properties, including skyscrapers, while the average Texas homeowner who cannot afford to hire an appeal experts is left paying a higher bill.

Two attempts this session to remedy this unequal process and unfair burden on residential homeowners have not received committee hearings. HB 1816 in the House is now dead as the end-of-session deadline has passed. SB 853 still has a small chance to move in the Senate with less than two weeks left in the session.

In 2019, the Texas Legislature debated a proposal by the “Big Three,” the Gov., Lt. Gov. and House Speaker, to increase the sales tax by one cent to make up for the lost revenue from property tax relief for public education.

This would have tied Texas with California for the highest sales tax in America.

What the leadership in Austin are not admitting is the sales tax increase will only benefit a wealthy few at the cost of an increased tax burden on the everyday Texan homeowner. The Legislative Budget Board said as much:

Facing bipartisan opposition, the proposal died in the House with the author of the legislation motioning to postpone floor debate on his bill until next session.

Despite taxpayer outrage, Texas lawmakers have failed to overhaul the state’s outdated school finance formula and bring meaningful property tax relief. Will they meet the challenge in the last two weeks of session or will they bring more bad ideas for the average Texan to the table?