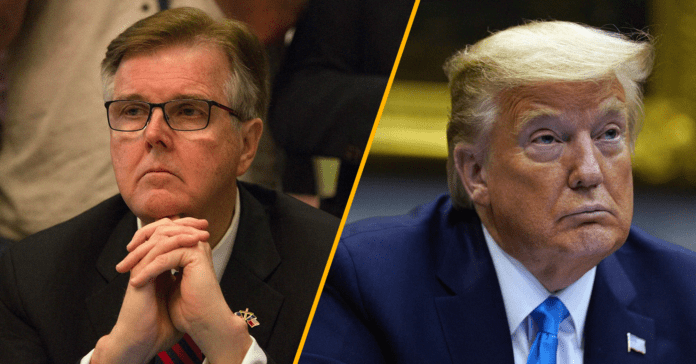 “Guns sales are a leading indicator pointing to Trump’s electoral success in November,” said Patrick in a seemingly random statement issued by his campaign office, rather than his elected officeholder staff. “The millions of Americans who are buying guns will not vote for a candidate who threatens their Second Amendment rights and promises confiscation policies.”

Patrick cited numbers indicating there were more than 2.3 million guns were sold in June, a 145% increase from the prior year.

Morning Consult’s numbers track what other polls have shown, putting Biden in the lead with 47% support, compared with Trump’s 46%. The poll of likely voters was conducted from July 24 to Aug. 2.