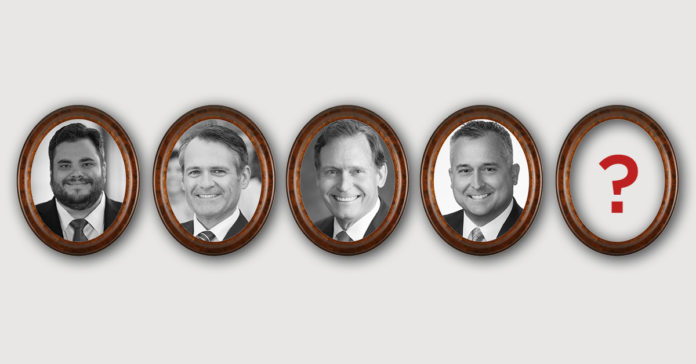 In recent months, news of retirements by six Republican members of the Texas congressional delegation has led some opponents to declare a GOP “Texodus.” The same is starting to happen at the state level with Republicans in the Texas House.

Four retirements were announced following the last legislative session, which ended in late May: Jonathan Stickland (R-Bedford), John Wray (R-Waxahachie), John Zerwas (R-Richmond) and Dwayne Bohac (R-Houston). With the exception of Rep. Wray, these legislators were all 2020 Democratic targets because of their small re-election margins last cycle and Beto O’Rourke’s success in those districts in his US Senate run in 2018.

When it comes to other Republican House members that may retire, speculation surrounds at least two vulnerable seats currently held by Reps. Matt Shaheen (R-Plano) and Bill Zedler (R-Arlington).

Rep. Shaheen has a tough race ahead in 2020. He won his 2018 re-election race by less than 1 point, a total of 391 votes. His was one of the tightest races for any State Rep. in Texas. Only retiring Rep. Bohac, Rep. Gina Calanni (D-Houston) and Rep. Morgan Meyer (R-Dallas) had closer margins.

Rep. Zedler similarly faces a challenge in 2020. He won his 2018 re-election race by 3.6 points, yet Sen. Ted Cruz squeaked by in Texas House District 96 by 91 votes against O’Rourke.

Democrats need only nine seats to flip the Texas House in 2020, so legislation authored by vulnerable candidates is likely to be scrutinized in the ramp-up to the 2020 elections.

Rep. Shaheen will have to defend his reasoning for authoring a bill to abolish state licensing of cosmetologists and barbers. After weeks of backlash from the industry and the public for the safety concerns of the deregulation, Shaheen agreed to withdraw it.

Zedler, known as an “outspoken anti-vaxxer,” authored an “informed consent” bill for vaccinations, requiring doctors to explain the benefits and risks in details including ingredients in vaccines. Some healthcare advocates worry the deluge of technical information could cause unnecessary fear and anxiety in parents. And in the context of rising childhood non-medical exemptions and measles outbreaks this year, his legislation and anti-science statements has raised public health concerns.

Neither state representative has announced whether they plan to run again. However, Gov. Greg Abbott endorsed Shaheen in late July.

When reached for comment about whether they plan to retire in 2020, neither was available by the time of this publication.