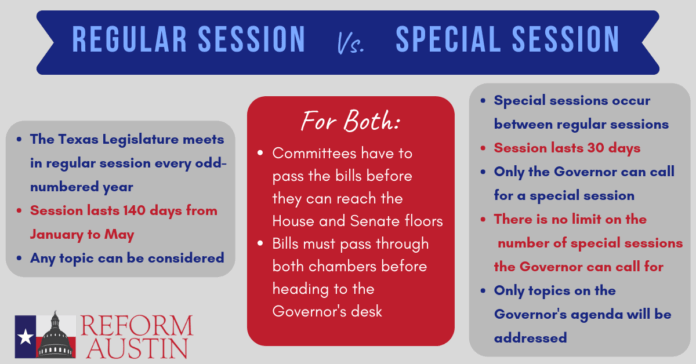 Jordan Schwikert tried to steady her breath one last time before leaning into a microphone at the Texas Capitol on Monday.
“I was abused a number of times by [Larry] Nassar in the state of Texas at Karolyi Ranch,” Schwikert, a former USA Gymnastics national team member, told the Senate State Affairs Committee. “I decided to testify today because I wanted to make sure that what happened to me and my sister never happens again.”
Schwikert was seated alongside her sister and another gymnast, who both said they were also abused by Nassar, a former doctor for the U.S. women’s Olympic gymnastics team who was convicted of criminal sexual conduct after more than 100 female athletes accused him of molesting them — including at Karolyi Ranch, a training facility in southeast Texas. The three were testifying in support of a proposal at the Texas Legislature that would double the amount of time people have to bring civil lawsuits against someone who sexually abused them as a child.
But the trio also made clear they wanted a version of the bill that would hold both abusers and any affiliated institutions accountable — and that exempting such entities from the legislation, as a House member did in April, only perpetuates the cycle of abuse.
House Bill 3809, spearheaded by state Rep. Craig Goldman, R-Fort Worth, originally would have allowed people to sue abusers or entities over certain types of abuse 30 years after they turn 18. But Goldman later carved out institutions that may be culpable in some way from the measure, telling The Houston Chronicle that “sexual assault is not something organizations do, it’s what individuals do.”
On Monday, state Sen. Kirk Watson, an Austin Democrat shepherding the proposal through the upper chamber, added those entities back into the bill, saying he changed the legislation after advocates reached out to “express their profound concerns” with the House’s approach.
“Exempting institutions creates a world in which the cycle of abuse can continue,” Schwikert said during her testimony. “It’s not enough to just hold abusers accountable — we must also look at the institutions and what they failed to do.”
The updated bill still needs a stamp of approval from the Senate committee before it can head to the full upper chamber for a vote. Should that happen, and since the legislation is different than what the House voted out earlier this month, the two chambers would have to hash out details before the bill could head to the governor’s desk for a signature.
It’s unclear whether Goldman would accept the bill as Watson modified it; the House member didn’t immediately respond to a request for comment Monday.
The measure first made headlines in April when Becky Leach, wife of state Rep. Jeff Leach, R-Plano, shared her own story of child sexual abuse before the House committee chaired by her husband. At the hearing, Becky Leach, who testified for the bill, said she wanted to use her story to help others who haven’t yet come forward.
One lawmaker on the committee was so moved by Becky Leach’s testimony that he suggested the panel go ahead and vote on the legislation to usher it forward in the legislative process more quickly. Leach said that while he wanted to, Goldman needed to tweak the legislation before the committee could do so.
Later that month, Goldman’s bill came up for a committee vote. The legislation, Leach said, had been narrowed to only allow a person to bring a suit against someone who committed the conduct — not an entity affiliated with the alleged abuser. After one committee member asked why the bill had been narrowed, Leach said there were concerns that entities could be brought into a lawsuit for claims that happened decades ago — even though that person may have already moved to another employer.
“We just wanted to make clear looking back that the entity itself couldn’t be held responsible for that,” Leach said.
The committee then voted out the bill unanimously. And in May, the House signed off on the legislation unanimously.
On Monday, Watson, the senator carrying the measure in the Senate, said his version of the legislation aimed to provide accountability for any entity that enabled, hid or should have known about abuse happening under its watch.
“For me, this bill is about three things: Survivor empowerment, justice and prevention,” he told the committee.
Schwikert, the first of the three gymnasts who spoke at Monday’s hearing, said she has become a gymnastics coach to try and “change the culture of this sport from the inside out.”
“Together,” she said, “we can work to end child sexual abuse.”
Schwikert’s sister, Tasha Schwikert, and Texas native Alyssa Baumann had similar messages for the committee: Pass Watson’s modified version of the legislation; Texas shouldn’t let institutions off the hook for cases of sexual abuse.
As the trio of gymnasts wrapped up their testimony, state Sen. Joan Huffman, a Houston Republican who chairs the committee, thanked them for sharing their stories.
“You’re so inspirational to many young women,” Huffman said, “and you’re an inspiration today.”
This story originally appeared on the Texas Tribune. To read this article in its original format, click here.

Will Jake Ellzey Leaving the Texas House Make it Harder for...

Phelan Issues Bizarre Warrant for Cortez’s Arrest, What Does it Mean?